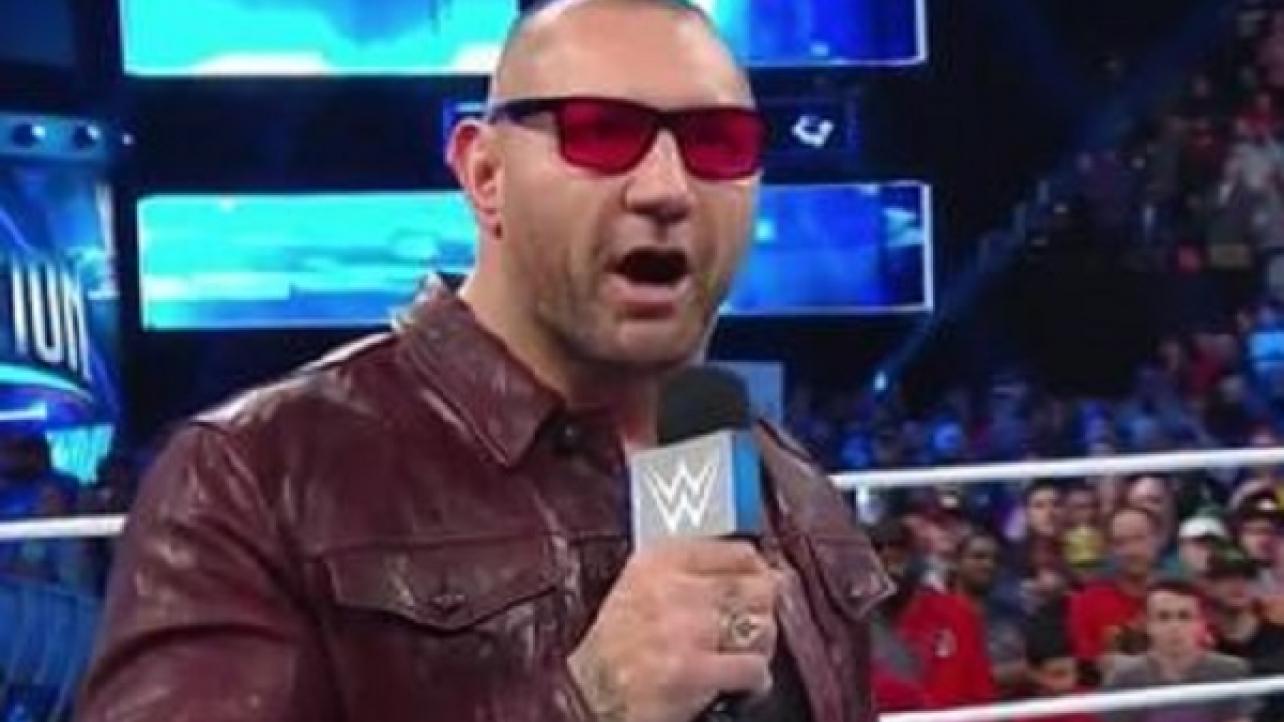 In a recent interview with Wrestling Sheet Radio, former world champion Dave Bautista discussed the current WWE creative process and compared it to his 2014 run, which culminated in a WrestleMania 30 main event with Randy Orton and Daniel Bryan. The Animal calls the process a nightmare, and believes it has only gotten worse over time due to the lack of a long-term vision.

“The creative process, I still don’t get. It was a nightmare to me the last time I was there which was 2014 and it seems like it’s become worse. I feel like they don’t have a clear vision or a long-term vision. Everything’s just week-to-week and it doesn’t seem like they stick to a plan very much.”

He would then bring up a point made by Chris Jericho about John Cena, and how no talent today could ever reach that level of fame because of restrictions.

“I don’t think that guys…and I’m gonna steal this from somebody…but Jericho pointed out something to me that makes complete sense. He said that John Cena, he’s the last guy. He’s the last guy who’s gonna be over like he is. It’s because performers now they’re limited, their hands are tied. They can’t go to war like we used to.

Listen to the full interview here.