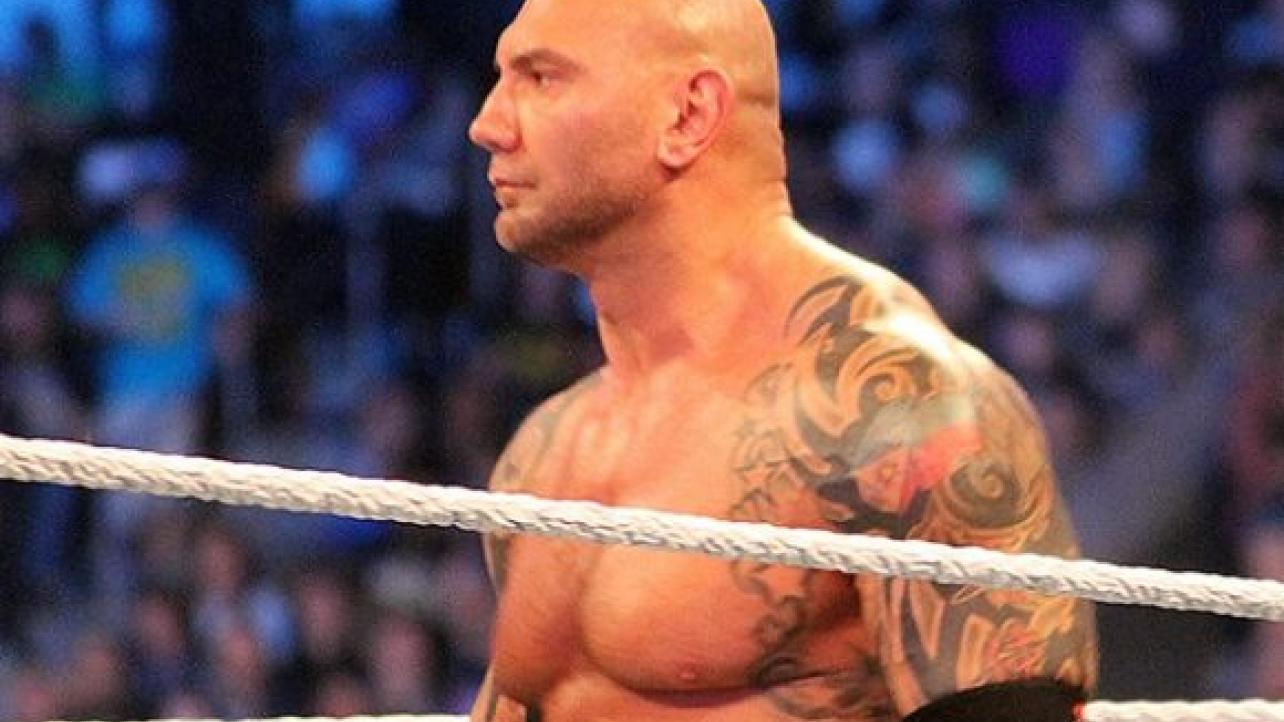 As noted, former WWE Superstar and emerging Hollywood star Dave Bautista recently appeared as a guest on Jim Ross weekly Ross Report podcast. Below are some additional highlights from the show.

On upsetting Vince McMahon: “I pissed him off a lot. I pissed him off to the point where he actually said to me one day, he said, ‘do you know what I want to do to you right now? I want to slap the s–t out of you!’ I couldn’t believe he was saying this to me! I was like, ‘man.’ All I could do was laugh and that made him more pissed. But I think it got to the point where I think Vince knew that I was in it for the right reasons. I think he knew that I wanted to be there and that I was good for the company.”

On the importance of establishing a personal relationship with Vince: “It is important to develop that relationship, but, at the same time, Vince can smell a bulls–tter. He knows if you’re just trying to kiss his ass. All those guys know. They knew. But it is [important]. [Ross] put it perfectly: don’t give them a reason to not want to do business with you.”

On advice for aspiring WWE Superstars: “I usually just tell them to shut up, listen, pay attention, and work your ass off because I think that’s what they’re looking for right off the bat, it’s just a work ethic. Unless you grow up and you’re a legacy and you’ve been around it you’re whole life, it’s something that’s a little unnatural. But I think it’s also, you’ve got to walk in there without a big ego. You’ve got to check your ego at the door and just be willing to listen and just work your ass off, man, which is much easier said than done. It’s a hard business, man. It’s physical and those first couple months of training, they’re a nightmare.”

Batista continued, “and you’re not calling in sick. If you’re calling in sick, pack your bag and go home. You’re coming into work, you’re beat up, you’re hurting, you’re in pain, but so is everybody else, so it’s just one of those things you just do and you suck it up.”

Check out the complete Batista interview on The Ross Report at PodcastOne.com.