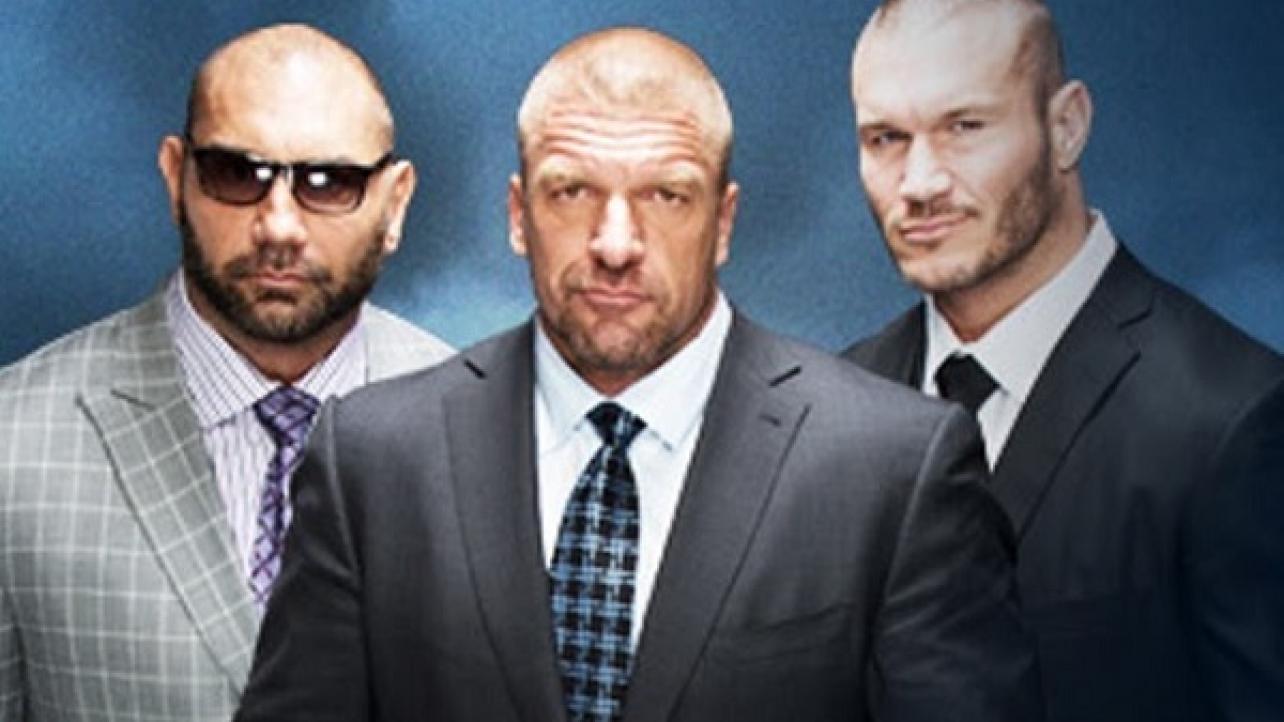 WWE announced today that Batista will be returning to TV at Smackdown 1000 on October 16 as part of a bigger event where the “Evolution” stable reunites. Batista, Randy Orton, Triple H and Ric Flair comprised the team between 2002 and 2005 and again in 2014.

The band is back together

At SmackDown 1000 on Tuesday, Oct. 16, Evolution reunites – Triple H, Batista, Randy Orton and Ric Flair will be in Washington, D.C. for the historic event.

Evolution is comprised of some of the most successful Superstars in history – there are 49 world championship reigns between the four members, who ran roughshod through WWE from 2002 to 2005, then rode again for a vicious rivalry with The Shield in 2014.

What does Evolution have in store as they make their first-ever appearance on the blue brand during this groundbreaking night? Find out during SmackDown’s 1000th episode, Tuesday, Oct. 16, at 8/7 C on USA Network!

Earlier this month, Batista tweeted that he wasn’t invited to the event despite it being held in his hometown and there was some speculation that his statement might have been just to throw off fans. Another superstar – Edge – is also denying that he will be there, but sources indicate that he is booked for the show as well.