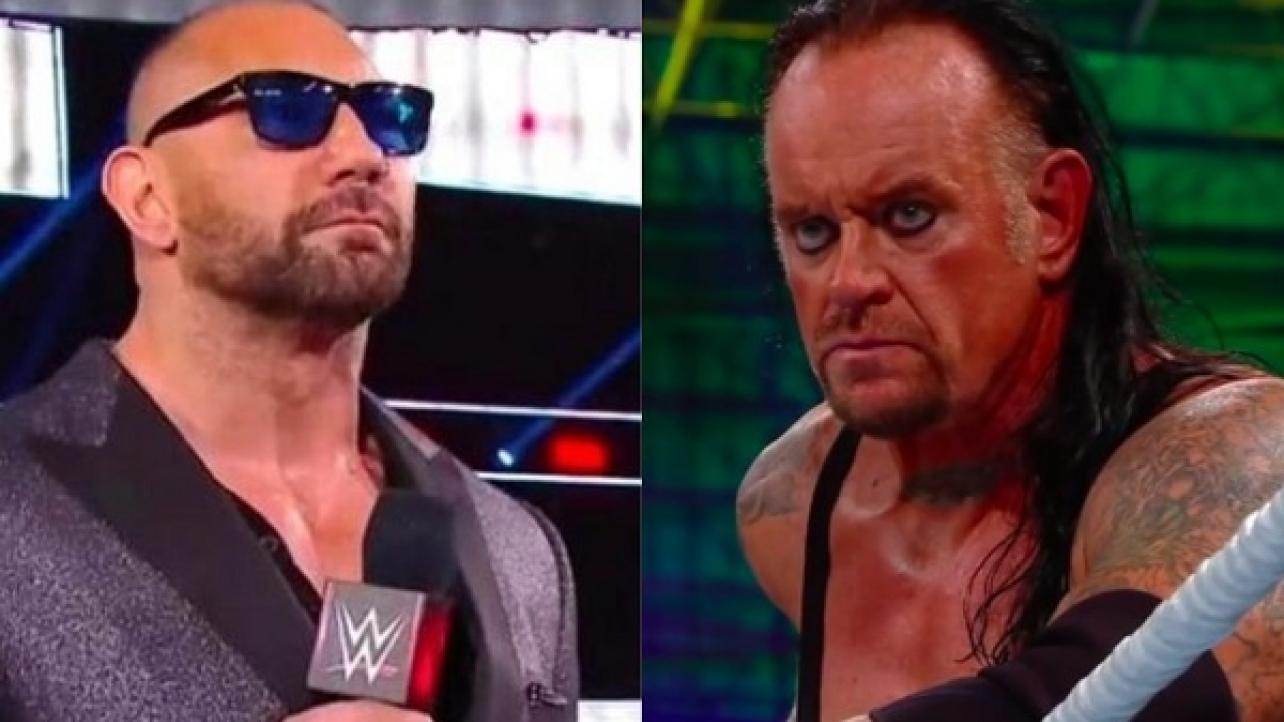 The former heavyweight champion would also touch on his pro-wrestling career, and even commented on the now infamous Super Showdown bout between the Undertaker and Goldberg. Bautista reveals that had attempted to talk the Undertaker out of doing the match, but says the Deadman wouldn’t change his mind.

“I called, man. I called ‘Taker and said, “Is there any way I could change your mind?” He laughed, and I knew I couldn’t change his mind. He said it sounded good when we first started talking about it. I only saw highlights which were, you know, low lights. It was not good. It’s just bad circumstances all the way around. I feel like Taker’s there for the right reasons. I think he’s there because he still loves it. But I wish that they would utilize him in the right way. I think a novelty match with Goldberg is the wrong way. I just don’t think it’s good for anybody and especially it’s not good for the fans. I wouldn’t have gone to Saudi at all. I don’t care who they would’ve booked me with. I just would not have gone. But I loved my final match at Wrestlemania, with Hunter [better known as Triple H]. The fans wanted to see two old guys go to war. That’s what we did. That’s the way the match was designed.”

Bautista also believes that wrestlers need to make an in-ring return for the right reasons, and not just go back because they “have to.”

“I don’t know anybody who is quite in the position that I was in. I needed one more match. I needed closure on my wrestling career. But I think a lot of times—and I don’t want to speak for anybody—I think people go back for the wrong reasons. I think sometimes they go back because they have to, which to me is a sad reason. I’m proud of the way I ended my career. So I won’t disrespect it by going back and wrestling again. I don’t want to be one of those guys.”

Check out the complete interview at GG.com.