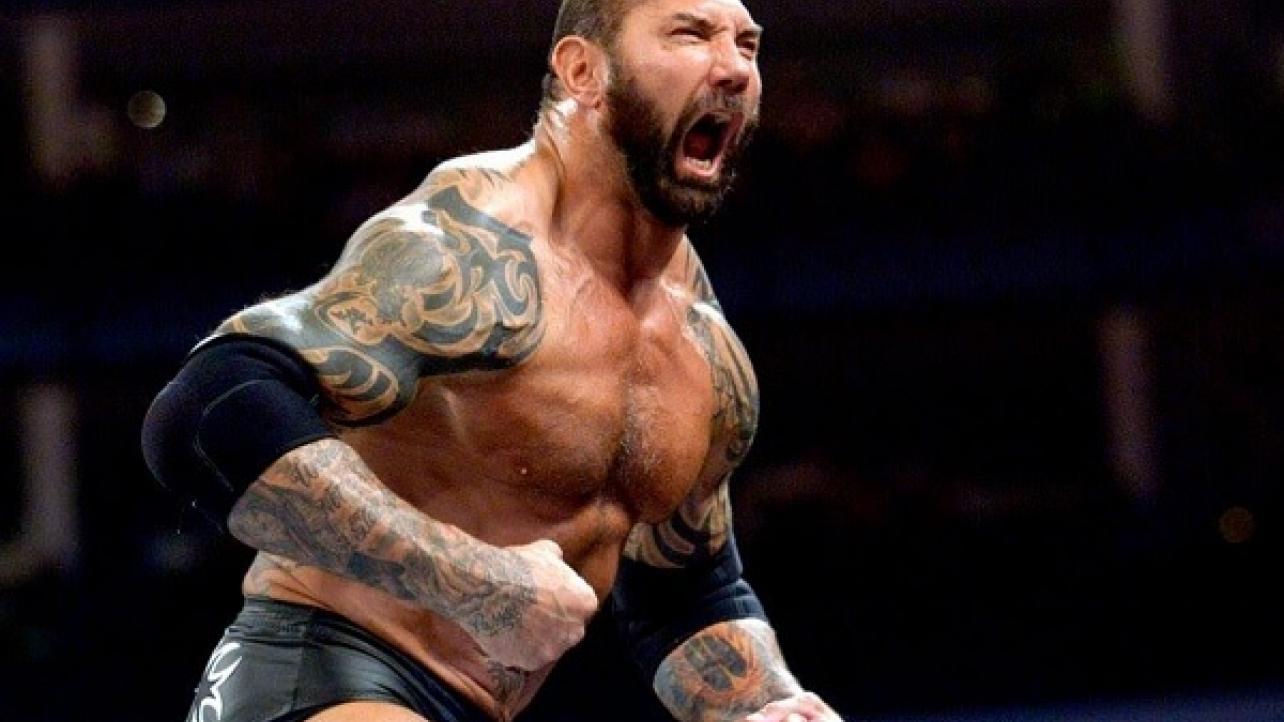 Former WWE Superstar and emerging Hollywood actor Dave Bautista recently spoke with the folks from SPORTbible for an interview. Featured below are some of the highlights.

On originally deciding to pursue pro wrestling because of the shape he was in: “I kind of got wrapped up in that life that just led to nowhere. When I kind of reflected and thought, ‘What could I do with myself?’ I don’t have an education. I don’t really have any training or job training but I have this great big huge body and I thought ‘I’ll be a professional wrestler.’ And my first go at that, I failed miserably.”

On not being sure at first how much his wrestling career and notoriety helped his movie career: “I don’t know how much the wrestling had to do with my career in acting. It brought me out of my shell a little bit.”

On his favorite wrestler being The Warlord due to his size: “When I was a kid, Warlord was absolutely my favorite wrestler and it was because he was the most immense human being I had ever seen in my life, he was massive. I was just awestruck by him. I was mesmerized by him. Later on, when I was actually in wrestling I realized that he wasn’t the most technical wrestler, but when I was a kid my memories are nothing but being awestruck, seeing him in excitement, waiting for him to come out.”

Check out the complete Dave Bautista interview with SPORTbible below.