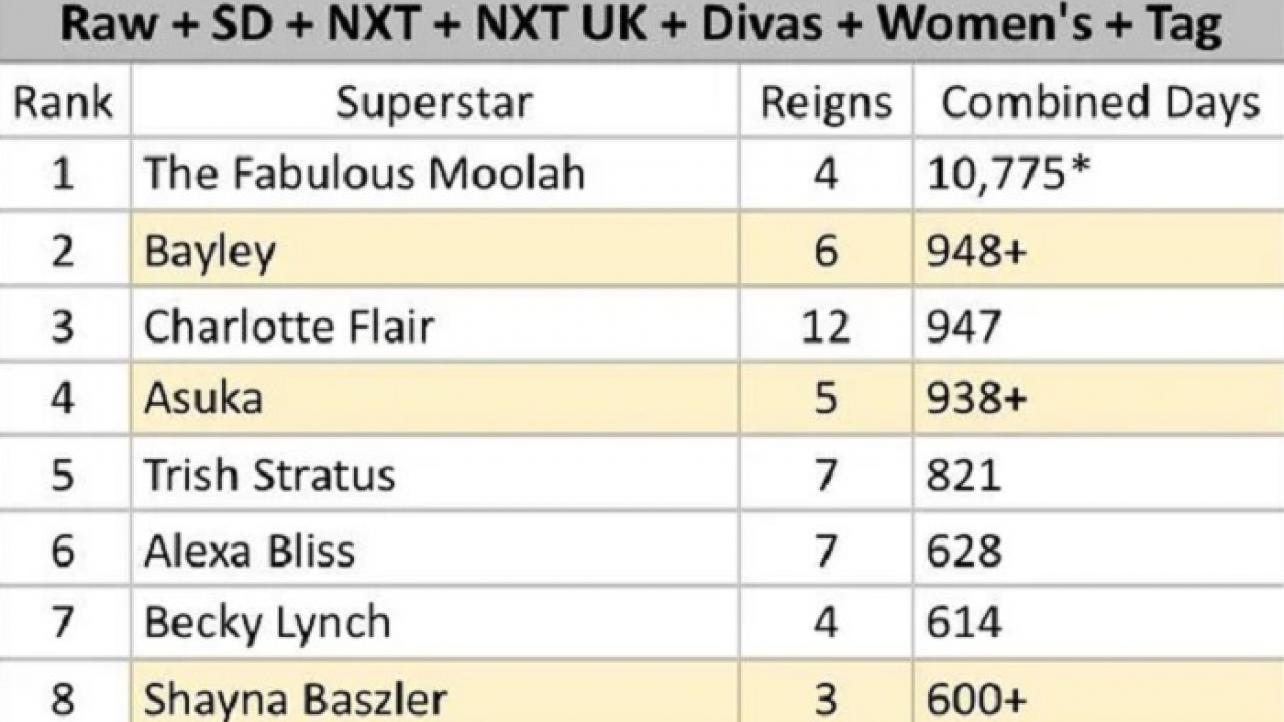 Bayley has reached a special milestone in WWE.

The reigning SmackDown Women’s Champion has become the woman with the longest combined championship reign in modern WWE history.

While the late Fabulous Moolah will likely always hold the record for the longest combined reign as women’s champion in WWE history, with her combined reign coming in at 10,775 days across her career that spanned over three decades.

With her reign as NXT Women’s Champion being taken into account, along with her other title reigns on the WWE main roster, Bayley currently sits at 949 days.

Bayley passed Charlotte Flair by reaching 948 days on Thursday, as “The Queen” is now second in modern history and third overall by holding titles in WWE for a combined 947 days.

Check out a list of the longest combined women’s title reigns in WWE history below.