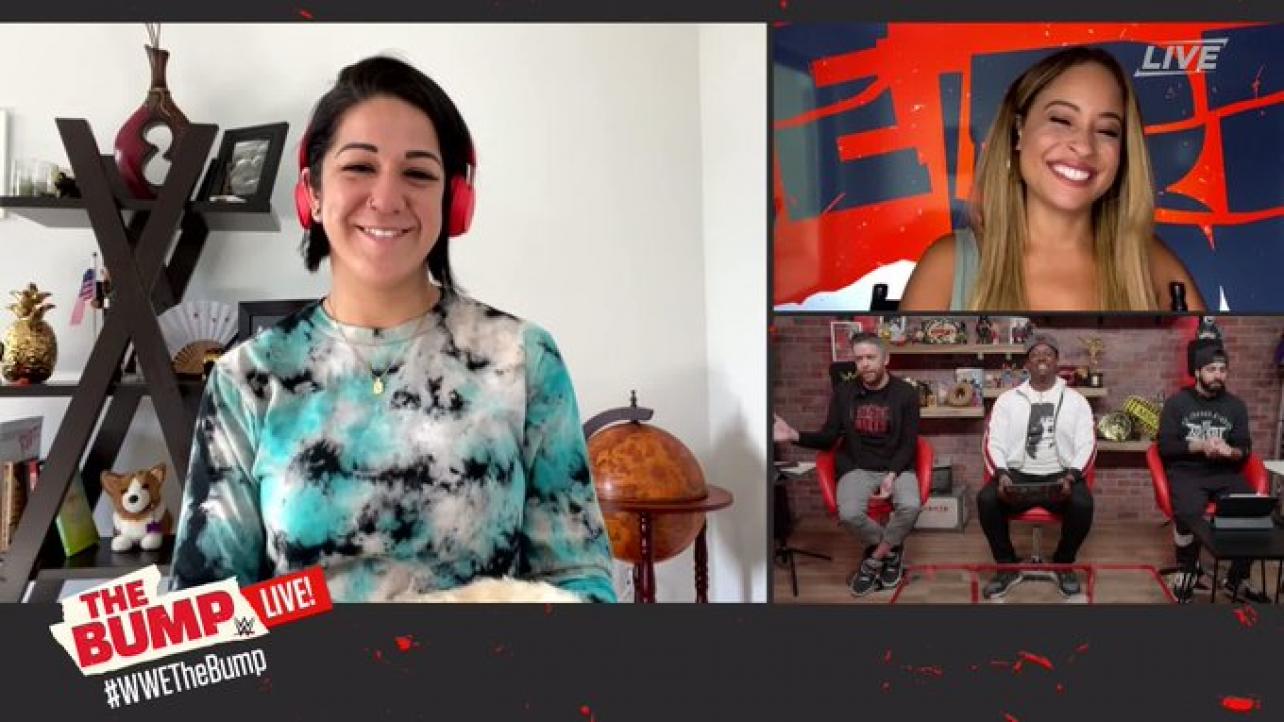 Bayley wants a piece of The Bella Twins.

The WWE Superstar appeared as one of the guests on WWE’s The Bump on Wednesday, and during her appearance, she formally called out Nikki Bella and Brie Bella.

Featured below is an excerpt from Bayley’s appearance on the show where she addresses being confronted and attacked by the WWE Hall of Fame legends at WrestleMania 37, and then issues an official challenge to the two former competitor’s in the WWE women’s division.

“You know how many videos that I had to see after WrestleMania of people adding music to that roll? You know how embarrassing that was? You hear those fans booing in the crowd? That’s right, that’s because it was ridiculous.

Watch Bayley’s call-out of The Bella Twins from the 5/12 episode of WWE’s The Bump via the video embedded in the tweet from the official WWE Twitter feed below. For Andrew Hatcher’s complete recap here at eWrestling.com of this week’s installment of the weekly WWE digital series, click here.