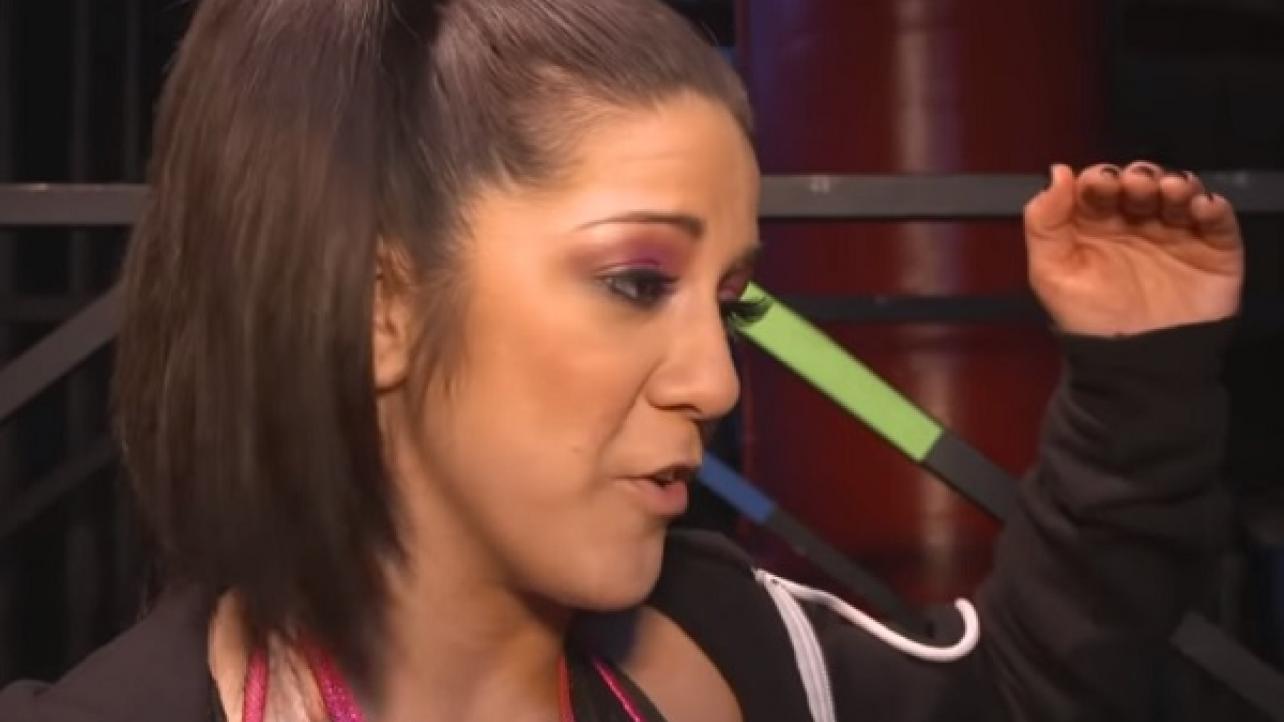 – Following their two-night 2019 WWE Superstar Shake-up on RAW and SmackDown Live on Monday and Tuesday evening, WWE added a poll on their official website asking fans the question, “Which Superstar Shake-up arrival will make the biggest impact on SmackDown LIVE?” As of this writing Kairi Sane leads the pack with 40-percent of the votes. Following her, in order, are Ember Moon (24%), Bayley (23%), Liv Morgan (8%) and Mickie James (5%). Cast your vote in the poll by logging on to WWE.com.

– After being traded during the 2019 WWE Superstar Shake-up two-night special this week (Full List Of Talent Trades Here), Bayley took to social media to comment on switching brands. Check out her tweet below, which includes a challenge to Becky Lynch and the entire roster.

I don’t just show up to clock in and clock out. I’m not just along for the ride, I’m here to evolve. And I expect this whole roster to push me to my limits. Because that is what I’m here to do to them. To be more.

Becky might be the Champ for now, but I’m here to be the change. https://t.co/M285jTGrJp