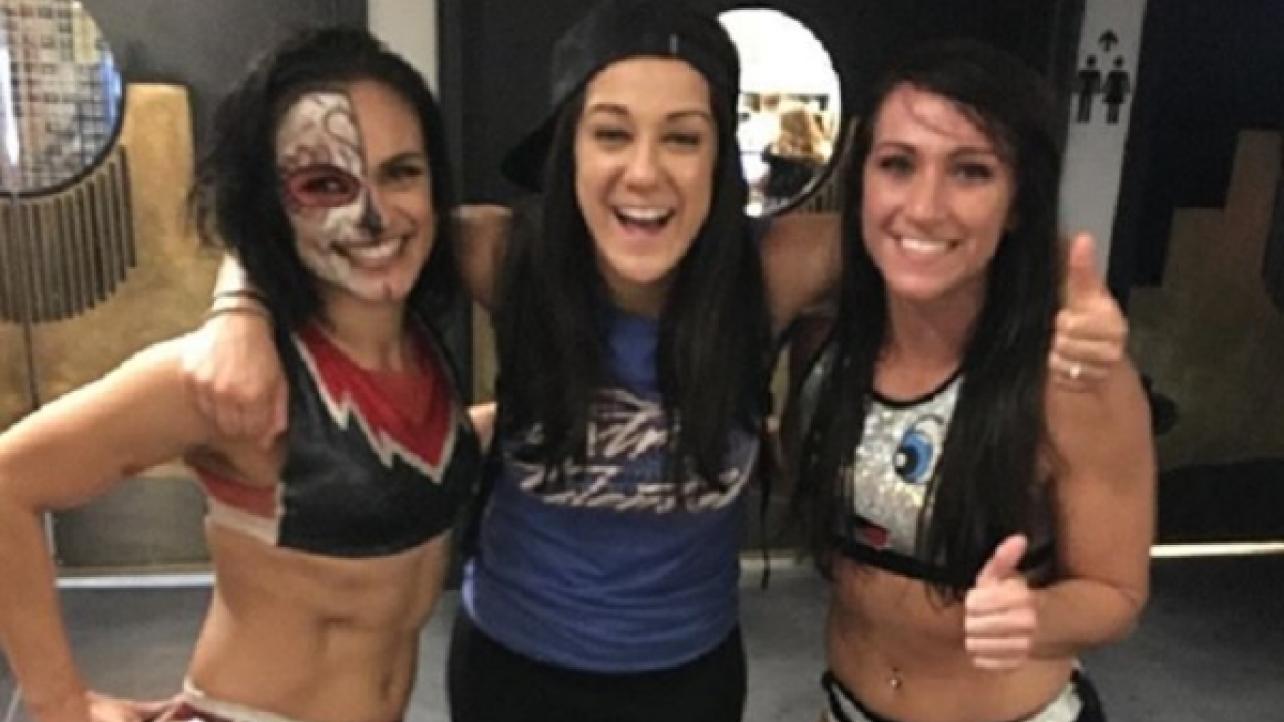 – Ahead of his showdown against MMA legend Fedor Emelianenko at Bellator 208 on Saturday night, former UFC title contender Chael Sonnen had the following interaction with pro wrestling legend Hulk Hogan on Twitter.

– Speaking of The Hulkster, the recently reinstated WWE Hall Of Famer posted the following link to tickets for the New World Order (nWo) 2018 Reunion Tour with other faction founding members Kevin Nash and Scott Hall:

The reunion that the world is talking about is just 2 weeks away. Get your tickets right now at https://t.co/sYntaBgc5b, brother! pic.twitter.com/BcX57JROWC

– Bayley was backstage at the AAW Pro Wrestling event in Austin, Texas on Friday evening. The WWE Superstar met up with Thunder Rosa and Kylie Rae backstage at the show. Check out a photo of the three hanging out behind-the-scenes at the event last night below.

Last night was amazing ⁣ Thank you @itsmebayley for being so freeeakin cool and a huge inspiration to us women all around the world. #MyIdol