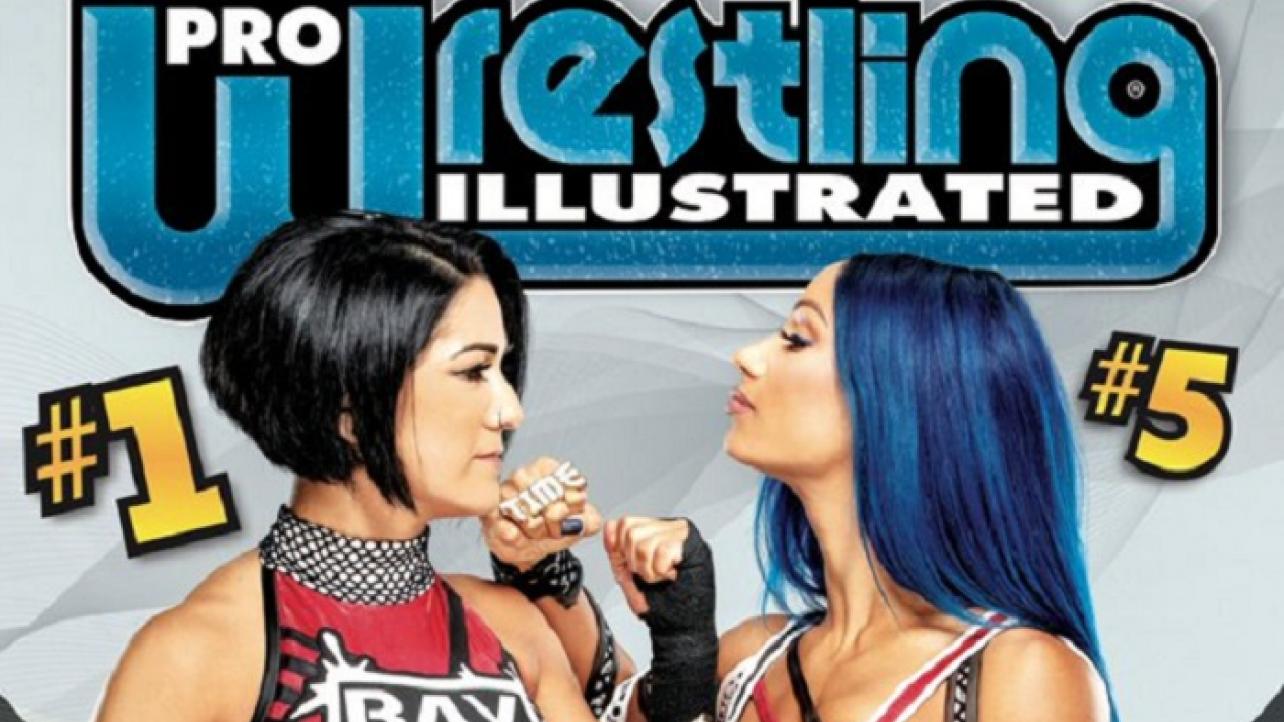 Bayley Reacts To Coming In At No. 1 On Annual PWI Top 100 Women’s Wrestlers List

Bayley has been revealed as the number one ranked women’s wrestler in the latest annual Pro Wrestling Illustrated Top 100 List.

On Thursday, the official PWI Top 100 Women’s Wrestlers List was released featuring the top one-hundred female performers in the pro wrestling business today, as ranked by the longtime publication.

After catching wind of the news, Bayley took to social media to post her reaction.

“Now if only I got the cover all to myself!!!!!!!!!!!!!!!!!” wrote Bayley in a caption on her official Twitter page re-tweeting the photo of the cover of the Pro Wrestling Illustrated special issue, which features she and Banks. “The Bayley-bration, 500 days of Bayley, the year of the Bayley, it just keeps getting better!”

Check out the cover of the PWI Top 100 Women’s Wrestlers List special issue, as well as the tweet from Bayley reacting to coming in at number one on the prestigious annual list below.

Bayley Reacts To Coming In At No. 1 On Annual PWI Top 100 Women’s Wrestlers List