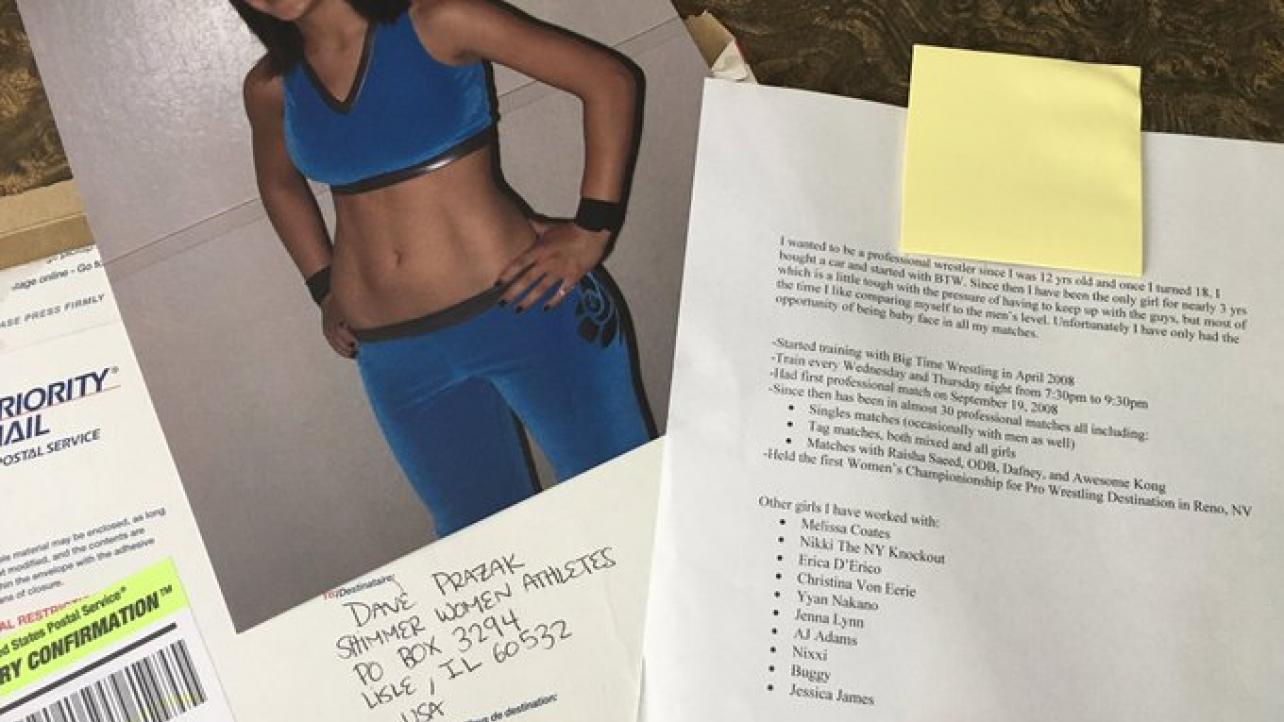 Bayley has come a long way.

The women’s wrestling veteran took to social media to comment on an interesting tweet recently posted about her by the official feed of SHIMMER Wrestling.

The women’s wrestling promotion shared the photos and resume that Bayley sent them during the early portion of her career.

She wrote the following in her resume:

“I wanted to be a professional wrestler since I was 12 years old and once I turned 18, I bought a car and started with [Big Time Wrestling]. Since then, I have been the only girl for nearly three years, which is a little tough with the pressure of having to keep up with the guy, but most of the time I like comparing myself to the men’s level. Unfortunately, I have only had the opportunity of being baby face in all my matches.”

Check out the actual tweets via the post embedded below.