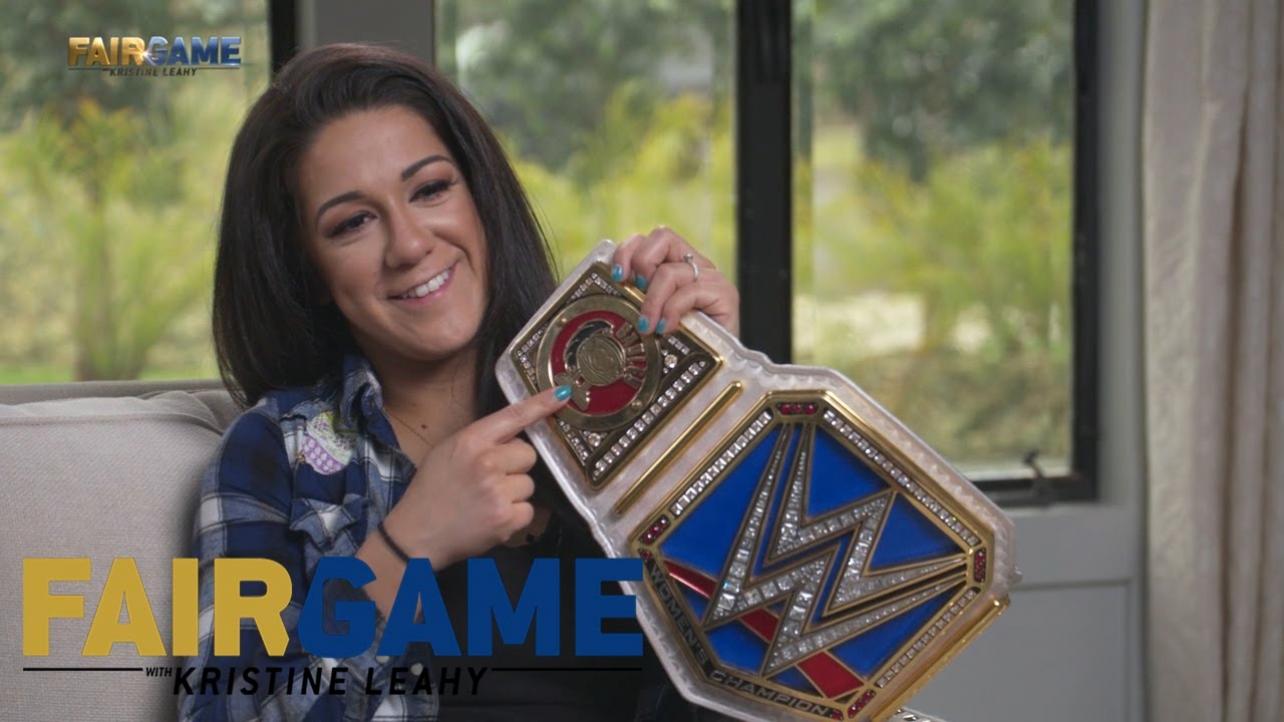 The recent Bayley interview with Kristine Leahy of the FOX Sports 1 (FS1) show Fair Game has the pro wrestling world buzzing after a portion of the clip was deleted from the official Twitter account of the show.

The topic of discussion that caused the controversy was based around the fact that WWE Superstars travel themselves from city-to-city and country-to-country. The SmackDown Women’s Champion spoke about the “sketchy areas” she often travels through and how she always fears she is going to run out of gas.

Leahy was shocked by the comments, and asked if WWE Superstars even have a Collective Bargaining Agreement (CBA). Bayley was uncomfortable with the line of questioning and tried to steer the conversation in a different direction.

Check out a complete transcript of the controversial part of Kristine Leahy’s interview with Bayley from FS1’s Fair Game, as well as the video footage of the portion that ended up getting deleted from the official social media accounts of the program.

Bayley: “Oh man. It’s not pretty. It’s haaard. The hardest part is literally the drives afterwards. Like we’ll have four-hour drives, five-hour drives. Sometimes it’s in the sketchiest towns when there’s literally nothing, and you’re afraid you’re gonna run out of gas, which does happen. It’s gotten very close where I have to take my foot off the pedal. The last time it happened–”

Kristine Leahy (interrupting): “You’re driving YOURSELF? You don’t have like a driver?”

Leahy: “You get a RENTAL car?

Bayley: “Yes. How do you expect us to get around to these towns and entertain people?”

Leahy: “I don’t know! You’re superstars. I feel like after the show there’s a driver, and it’s like, ‘Here’s your driver. Get in. You’ve had a hard day of work. We’ll drive you with a full tank of gas.’”

Leahy: “I don’t know. I think they make a lot of money off of you guys.”

Bayley: “I think so too, but you know, they take care of us for most things-“

Leahy (interrupting): “Do you want me to negotiate your guys’ new CBA? Do you have CBA?”

Bayley: “Things like this, they work around it. It’s fun though, it does become fun. You get to connect with whoever you travel with and there’s memories you won’t have with anyone else. It becomes a real family or sisterhood or brotherhood.”

Check out the video from the Bayley interview that is still available on the official social media outlets for FS1’s Fair Game below.