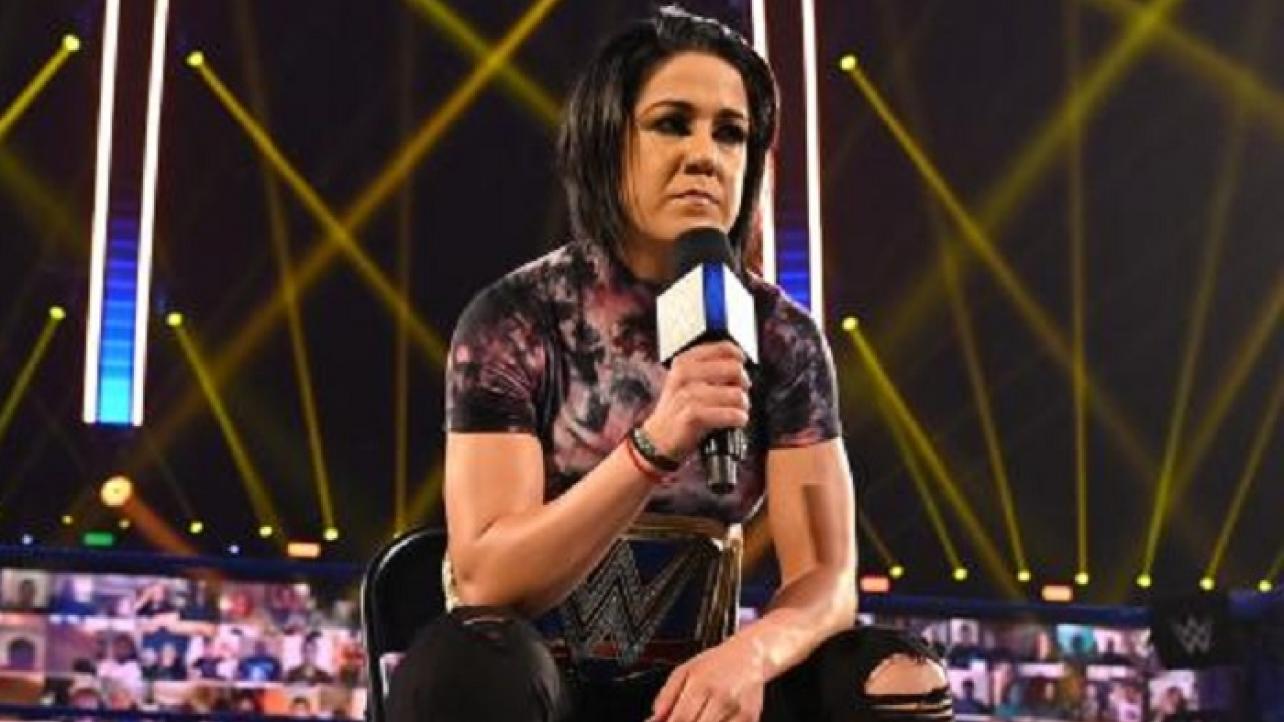 Bayley Talks About Wanting To Move Away From Sasha Banks Rivalry, Establish Her Own Legacy

WWE superstar Bayley spoke about her incredibly close relationship with long-time friend/rival Sasha Banks on the latest episode of WWE chronicle. The former SmackDown women’s champion admits that she’s relied on Banks throughout her WWE tenure, but believes she’s ready to move passed that and succeed on her own.

Since the moment we stepped into the ring together, it was like we found each other and I’ve never felt like that with anybody in the ring ever,” said Bayley. “You hear a couple say, ‘love at first sight.’ It was like that’s what it was and inside of the wrestling ring, it was like my wrestling soul was found. She grew up the same way as me, just loving wrestling, and I couldn’t believe there’s another girl who loved wrestling as much as me because I used to get made fun of all the time for it. We leaned on each other and for a long time, I needed her. When I finally got on the road, she was there holding my hand, guiding me, helping me book my cars, helping me book my hotel, showing me all the discount codes, all that stuff. These days, I don’t want anyone’s help. I don’t need anyone to hold my hand anymore. As much as I love her for it and as much as I’m grateful for it, it is really time for me to prove that I can do this by myself.

I don’t want to look back at my career and be like, ‘Bayley needed Sasha Banks,’ or ‘Bayley would have been nothing without Sasha Banks,’ [or] ‘Bayley’s never had a good match without Sasha.’ I just don’t want that hanging over my head forever. So it really is like evolving, getting my wings, and finally, just being like, ‘I love you, but I don’t need you anymore. Thank you very much. It’s time to move on.

Bayley’s second reign as SD women’s champion came to an end this past Sunday, where she dropped the title to Banks in an epic Hell in a Cell matchup. You can watch her full Chronicle episode on the WWE Network. (H/T and transcribed by Fightful)

Bayley Talks About Wanting To Move Away From Sasha Banks Rivalry, Establish Her Own Legacy