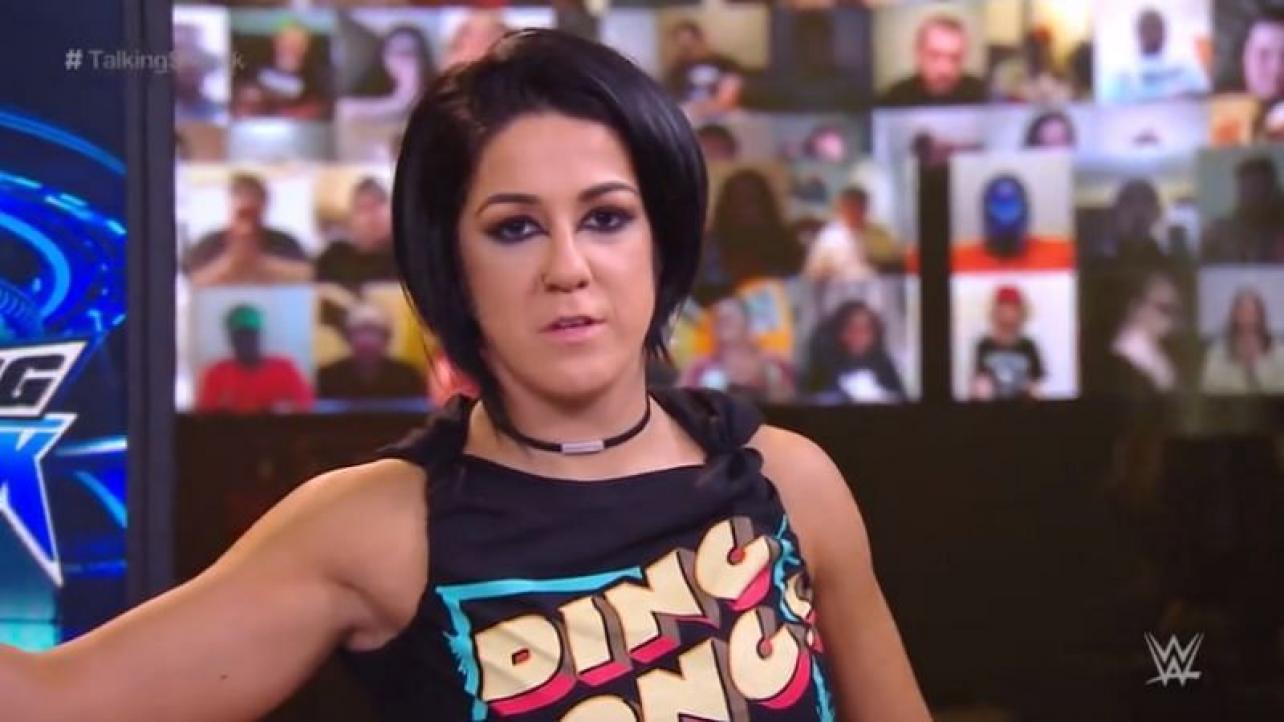 Earlier this week, WWE Smackdown star Bayley sat down with The New York Post, and had high praise for AEW wrestler Dr. Britt Baker. Check out what the longest reigning SmackDown Women’s Champion ever had to say!

On her social media exchanges with Britt Baker:

“I love Britt. She’s awesome and everything she’s doing is really cool, so I can’t even hate on her. I’ve heard a podcast where she talked about it and there’s no hard feelings, there’s no disrespect and I only want the best for her because as a role model that’s how you’re supposed to react to these type of things. So, go get ’em Britt Baker.”

On the inspiration behind her eye makeup: