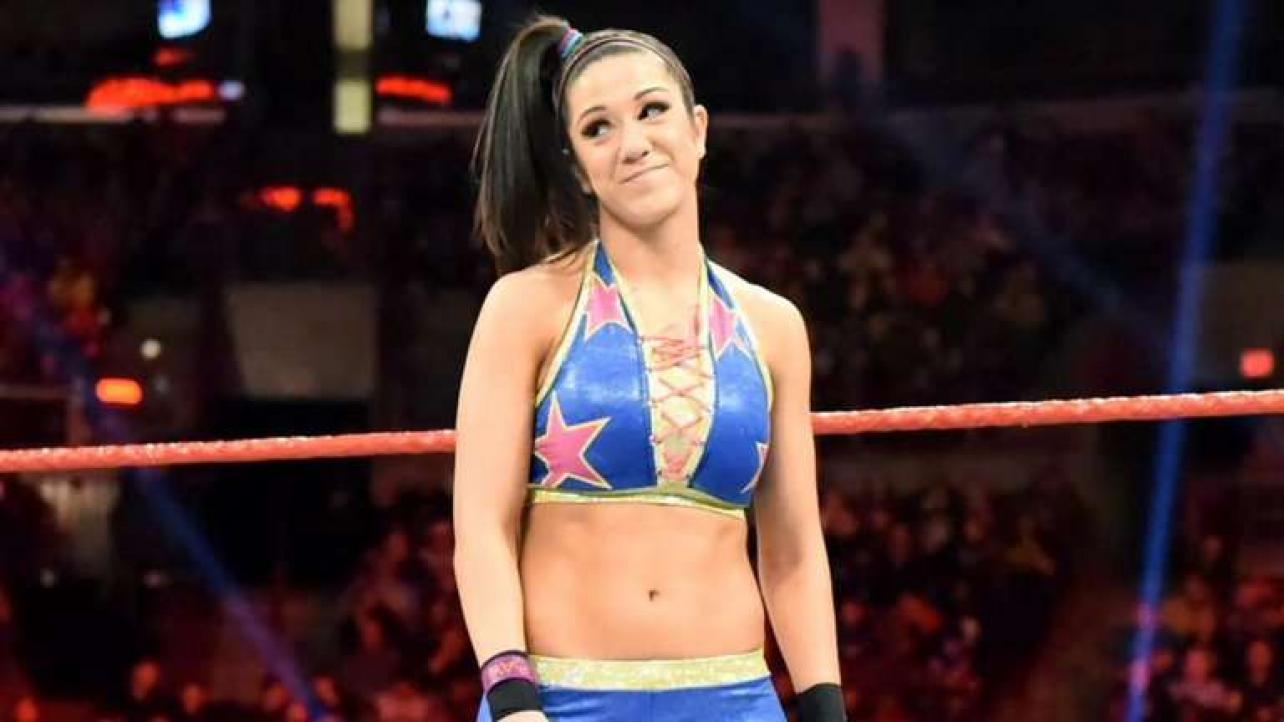 Bayley On Who She Might Face At WrestleMania 34, Ronda Rousey/WWE & More

Bayley recently spoke with the folks at Newshub about the possibility of facing Sasha Banks at WrestleMania 34, Ronda Rousey coming to WWE and more. Featured below are some of the highlights from the interview.

On Ronda Rousey coming to WWE: “She isn’t taking my spot, she is not stopping me from achieving my dreams just because she is here. She has touched so many different people in the world of sports. People want to see Ronda Rousey because she is an attraction. I have people come up to me at my gym and they tell me they are going to watch because they are big UFC fans. I don’t feel like she is taking the spotlight away from us – if anything it is pushing us to be better because she is getting that spotlight, so we have to push harder to keep our spot. My goal is to be the women’s champion, to main event on a regular basis, to be at WrestleMania. It doesn’t matter to me who comes in, they are not taking my spot unless they earn it.”

On getting on the WrestleMania 34 card: “I guess everybody feels that pressure given it is WrestleMania season and nobody really knows what’s going on unless you are in a championship match. Last year I felt safe because I was the champion, but now, yeah, it is a little nerve racking. I want to be on the card in any form.”

On the possibility of facing Sasha Banks at WrestleMania 34: “I would love for it to be against Sasha, but I just don’t know if there is enough room for us to give that match the time it deserves. We have a really good connection to the point that anytime we can tell that story we would be able to. If now is a good time and I would to start that up again if we are able to.”

Check out the complete Bayley interview at Newshub.com.

Bayley On Who She Might Face At WrestleMania 34, Ronda Rousey/WWE & More