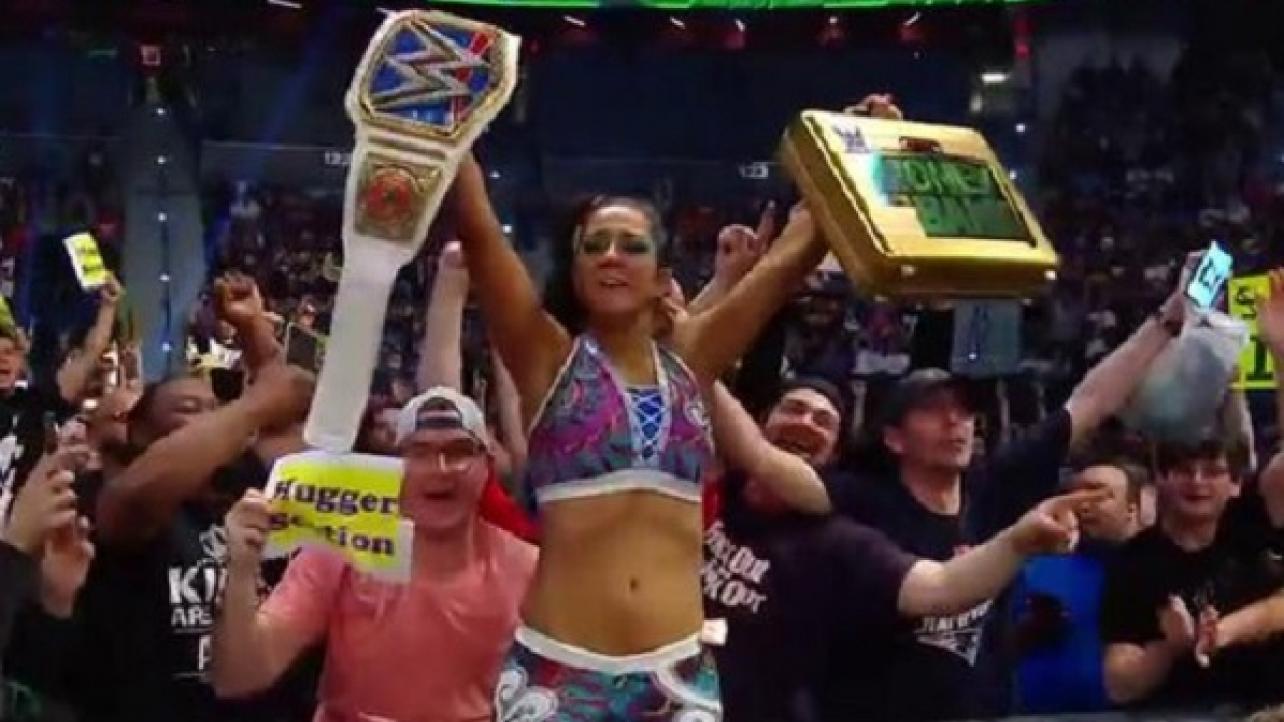 On a special post-Money In The Bank installment of the WWE digital series, WWE Now, Cathy Kelley looks at Bayley cashing in the Women’s Money In The Bank Briefcase she won in the pay-per-view opener to become the new SmackDown Women’s Champion.

As seen at Sunday night’s PPV at the XL Center in Hartford, Connecticut, Bayley won the Women’s Money In The Bank Ladder Match in the opening bout of the evening. Later in the show, Bayley cashed in the briefcase, defeating Charlotte Flair after Becky Lynch had just successfully defended her RAW Women’s Championship against Lacey Evans, but lost her SmackDown Women’s Title to Charlotte Flair.

Check out WWE Now focusing on Bayley’s big night on Sunday, as well as highlights of her victories at Money In The Bank, below. Also below is a backstage interview with Bayley, as well as some of her post-PPV tweets.

ANYTHING CAN HAPPEN LIVE on @WWENetwork…

MS. #MITB @itsBayleyWWE is HERE to even the odds for @BeckyLynchWWE! pic.twitter.com/YnvcrtrWq0

#BayleyInTheBank.@itsBayleyWWE had something to prove tonight, and she did JUST THAT! #MITB pic.twitter.com/75tlqNqr2v