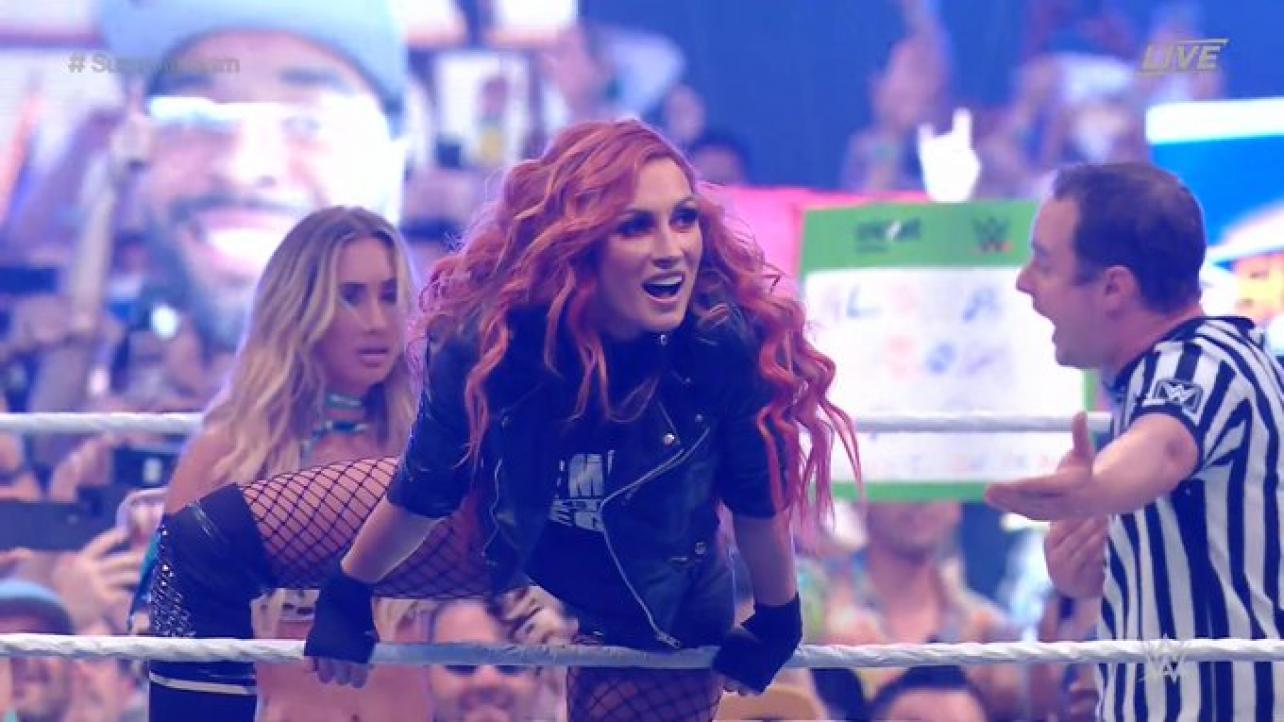 Add Becky Lynch to the long list of pro wrestling talent who were happy to see Big E. have his big moment on WWE Monday Night Raw.

“The Man” recently shared her thoughts about the fellow longtime WWE veteran finally capturing his first WWE Championship after cashing in his Money In The Bank briefcase on this week’s red brand show.

Featured below is an excerpt from the interview where Lynch spoke about Big E.’s big moment.

“E is the best. He has talked me off many a ledge, many a ledge when I was down and couldn’t get my foot in WWE, E was always there to make me laugh because he’s one of the funniest dudes you’ll ever meet, and be so kind and patient. He’s got this calming energy that when you sit beside him, he just makes you feel better and calm and hopeful. This new era of E in WWE brings a lot of hope to not only the company, the business, but the world.”

H/T to Fightful for transcribing the above quotes from the interview.