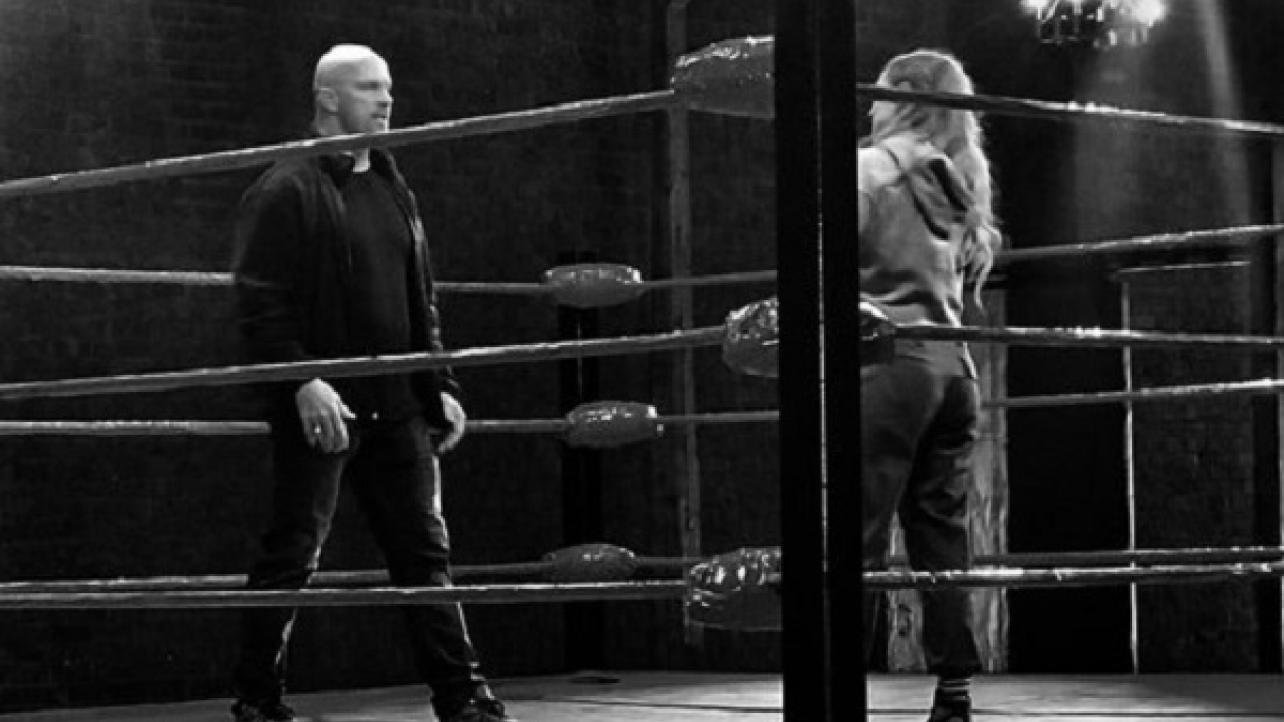 As noted, “Stone Cold” Steve Austin will be hosting a new interview series on USA Network called “Straight Up Steve Austin,” where the WWE Hall Of Famer interviews celebrities.

One of them will be RAW Women’s Champion Becky Lynch.

On Saturday, “The Man” posted a photo of the two together inside a pro wrestling ring in an empty arena. She claims that much like the end of Rocky III, the two had a “closed-door match” that the public will never see.

“Over the weekend the Toughest SOB in WWE and Stone Cold had a closed-door match,” wrote Lynch via her official Twitter page. “And like Rocky and Apollo Creed the outcome of me winning will never be known.”

Check out the photo of Steve Austin and Becky Lynch in the ring for what “The Man” claims was for a “closed door match” below.

Over the weekend the Toughest SOB in WWE and Stone Cold had a closed-door match—and like Rocky and Apollo Creed the outcome of me winning will never be known. pic.twitter.com/rHkHLQGMlT