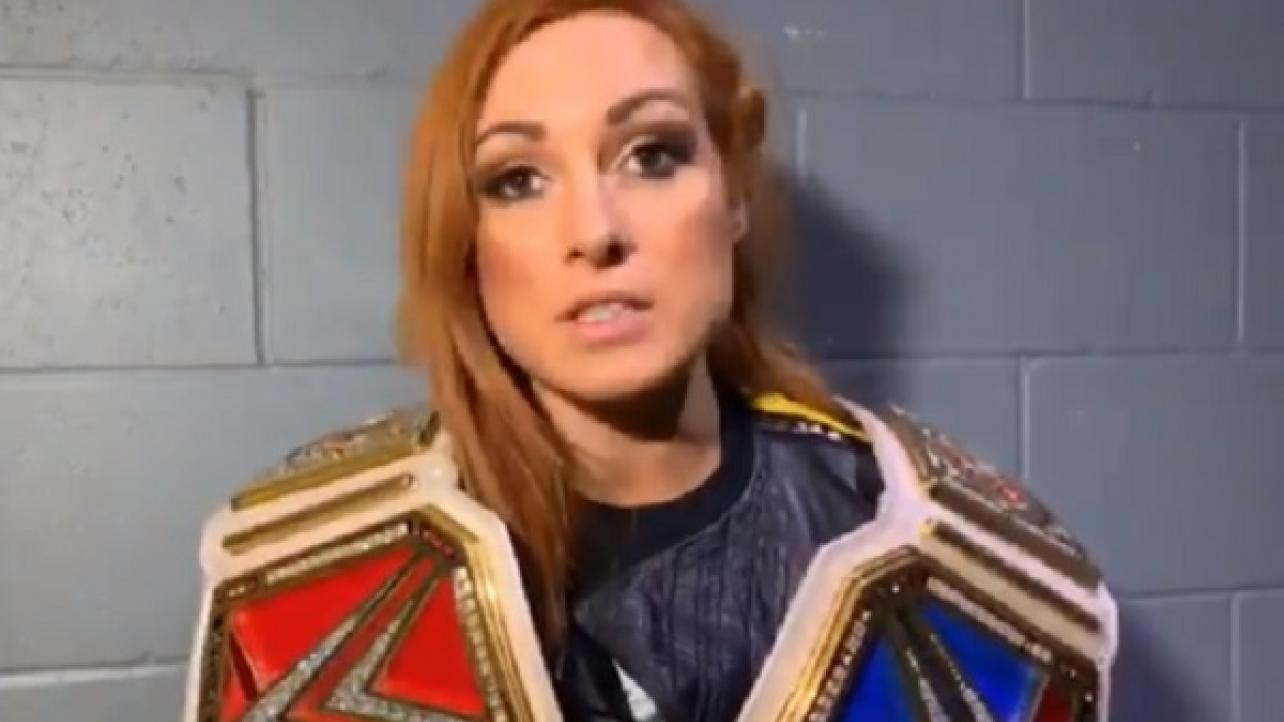 As noted, WWE made announcements regarding several matches and segments for this coming Monday night’s edition of RAW.

In addition to a special edition of Miz TV that due to the Wild Card rule will feature SmackDown Live Superstar Roman Reigns, Braun Strowman vs. Drew McIntyre, Ricochet vs. Baron Corbin and a Fatal-4-Way with the RAW Superstars in the Women’s Money In The Bank Ladder Match (Natalya vs. Alexa Bliss vs. Dana Brooke vs. Naomi), WWE announced a “Double Contract” signing for the show.

The Double Contract signing will see RAW and SmackDown Women’s Champion Becky Lynch put pen to paper with Lacey Evans and Charlotte Flair, respectively, for her two separate one-on-one title defenses at the WWE Money In The Bank 2019 pay-per-view on Sunday, May 19th at the XL Center in Hartford, Connecticut.

Ahead of Monday’s RAW Double Contract Signing segment, “The Man” checked in with a new video promo talking about her title defenses against Evans and Flair, which was released via WWE’s official website and various social media channels on Saturday (see below).

WWE RAW will be taped this coming Monday afternoon, May 13, 2019, at the O2 Arena in London, England. The show will air via tape delay on the USA Network on Monday evening at 8pm EST. / 5pm PST.

Make sure to join us here at eWrestling.com this coming Monday afternoon for live play-by-play spoiler results coverage of the WWE RAW taping from the UK!