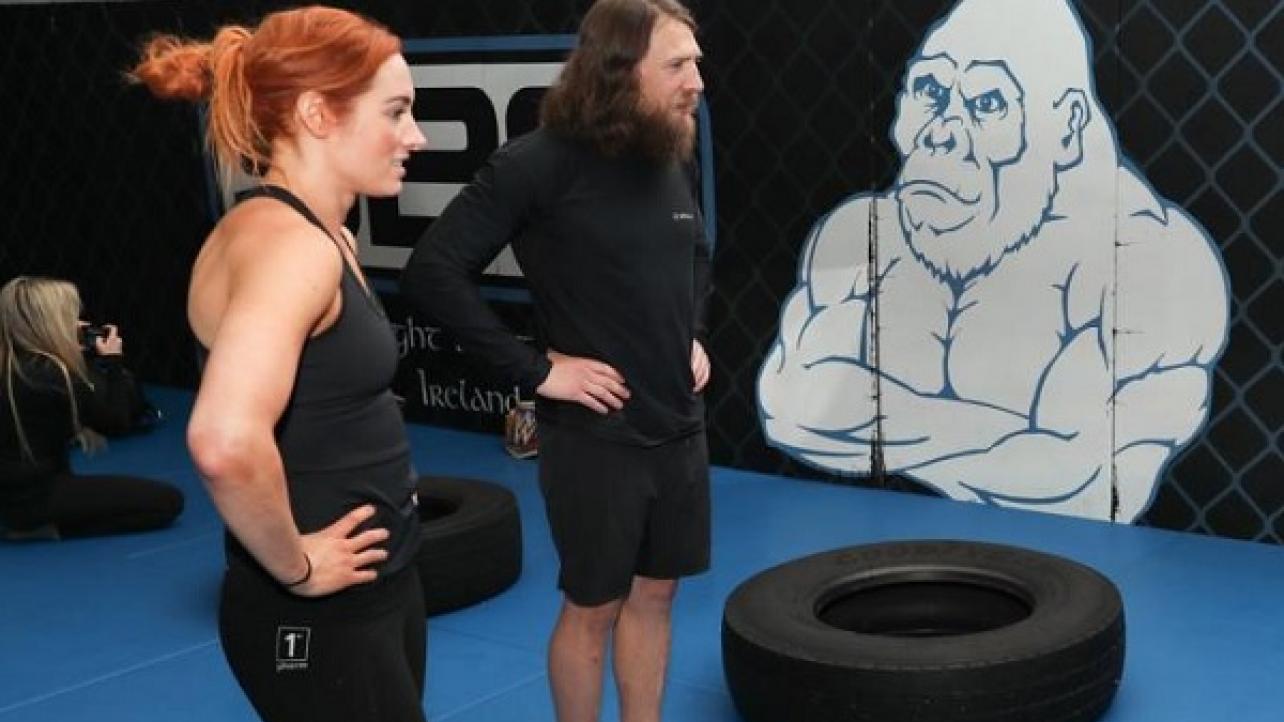 The official WWE website released a full photo gallery that shows “The Man” and one-half of the reigning SmackDown Tag-Team Champions working out in the world-famous gym. The official description for the photo gallery reads, “Becky Lynch and Daniel Bryan work out with John Kavanagh in Dublin, Ireland, May 2019 photos: Raw and SmackDown Women’s Champion Becky Lynch and SmackDown Tag Team Champion Daniel Bryan meet up with Conor McGregor’s coach, John Kavanagh, for an exhilarating workout in Dublin, Ireland during WWE Live’s May 2019 tour through the U.K. and Europe.”

Check out some videos and photos of Becky Lynch and Daniel Bryan at SBG Ireland this week below. For a complete photo gallery containing over 30 photos, visit WWE.com.

.@BeckyLynchWWE and @WWEDanielBryan had the pleasure of starting their day with a workout with the legendary coach of @TheNotoriousMMA , @John_Kavanagh before #WWEDublin pic.twitter.com/8X7Fphhemw