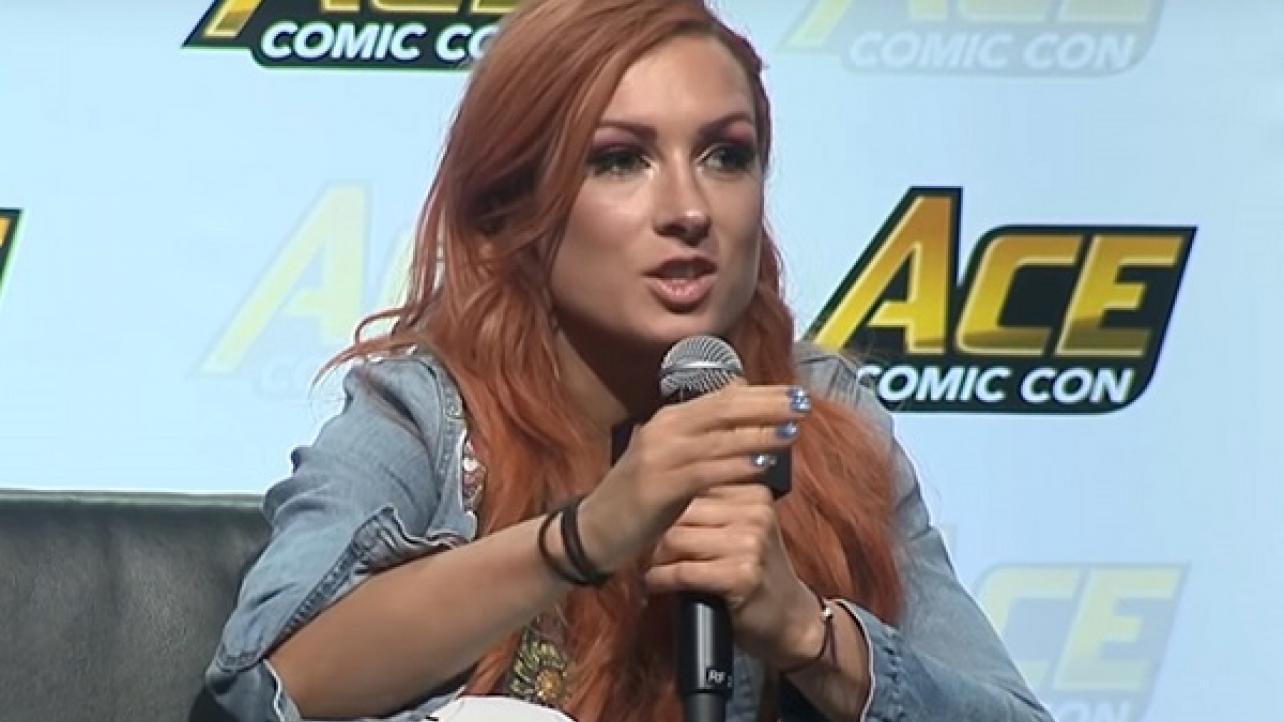 WWE SmackDown Live Women’s Champion Becky Lynch recently appeared as a guest on Lilian Garcia’s Chasing Glory podcast for an in-depth interview following her victory at WWE Hell In A Cell 2018. Featured below are some of the highlights.

On how it feels the second time around as SmackDown Live Women’s Champion: “Amazing. Absolutely amazing. I feel a lot more comfortable in the role this time around. Before, maybe there was a sense of apology to it? Like, oh, sorry I am the champion guys. Maybe there was a sense of that. I don’t know why; I never had one before, not at least in WWE. I worked very hard for it. It is an internal game more than anything, and it was pretty much an inside job.

“The crowd wanted me to be the champion at the time. They rocked it after they announced my name. I really don’t know what came first-the chicken or the egg? Maybe there was a sense of me being overly nice in general. Am I stepping on anyone’s toes? Is anyone offended? I think that was the way that I used to be. I used to always be such a people pleaser and I don’t know as hard as I worked I think I always was worried and wondered whether or not I was worthy enough to hold the title. But now, I think, hell yeah I am!”

On what she feels she did wrong during her first run as champion and what she plans to do different this time around: “I tried to make people stars. Everyone that I had worked with I tried to make them all look like a million bucks, but at some point, you start to go, okay, how many people are doing that for me? It’s not their job and it shouldn’t be their job. They should be caring about themselves. It started to become like, okay, you have to do this. Not that it is a selfish thing, but you have to start caring about yourself and start to elevate yourself and you will start to bring others with you because everyone else has to start stepping up once you do.”

On planning to elevate her opposition to her level instead of working on their level this time around as champion: “Look at Jinder Mahal. He started to believe himself and came back and got his mindset worked out and became World Champion while ruling SmackDown for a long time. You start to look at people like that and start thinking, yeah, good for you. Good for you for getting what you want and take what you want and don’t apologize for it. I wasn’t taking what I wanted and I was apologizing for it. I was apologizing for everything so it was like, no, you can’t apologize for everything. If you want to go after something go after it, and it is okay. If they want it they are going to step up and they are going to take it and they aren’t going to apologize for it either, which I hope they are not. Then, I am going to step all over them even more and then I am going to take it back. It is going to be this beautiful cycle where we are going to be elevating one another.”

Check out the complete Becky Lynch interview from Lilian Garcia’s “Chasing Glory” podcast below, or at YouTube.com.