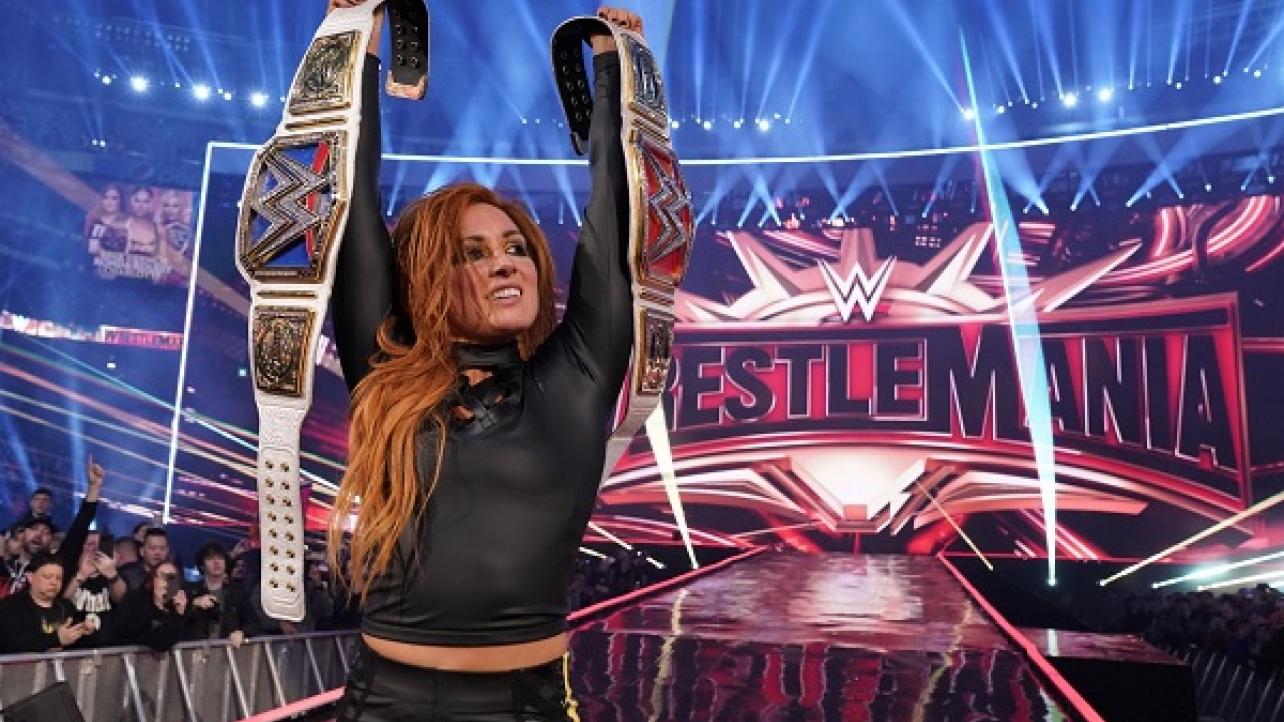 Becky Lynch On Her WrestleMania 36 Spot: “Anything Less Than A Main Event Is A Failure”

WWE RAW Women’s Champion Becky Lynch made history this year, winning the first-ever women’s main event in the 34-year history of WrestleMania when she defeated Ronda Rousey and Charlotte Flair to close out the show as both the WWE RAW & SmackDown Women’s Champion at WrestleMania 35 back in April.

With that notch already on one of her many belts, “The Man” is already looking ahead to accomplishing her next goal — doing it again. This time, however, she wants to do it without the assistance of proven pay-per-view mega-draw “Rowdy” Ronda Rousey.

Lynch spoke about this subject during an interview this week with Justin Barrasso (@JustinBarrasso) for his weekly feature at the official Sports Illustrated website, “This Week in Wrestling.”

“I want to headline WrestleMania without Ronda Rousey,” Lynch told Barrasso. “That drives me. I’ve main-evented WrestleMania, now I know what it feels like.”

She would go on to explain that anything short of a headline spot at next year’s WrestleMania 36 mega event would be considered a “failure” in her mind.

“For me, anything less than a WrestleMania main event is going to feel like a failure,” said Lynch. “So I’ve been thinking a lot about who my next opponent will be at WrestleMania 36.”

The Irish WWE Superstar also insisted that despite the movement and excitement surrounding new upstart promotion, All Elite Wrestling (AEW), the number one place for a professional wrestler to ply their trade these days, and the only place she wants to perform, remains WWE.

“I love this business. I get to go out there every night, do what I love, and get paid for it,” Lynch stated. “That is something that I don’t take for granted. I know what it’s like to have been without it.”

“The Lass Kicker” would go on to explain why World Wrestling Entertainment is the top dog in the industry, and why it is the company she wants to help push to the next level and change.

WrestleMania 36 is scheduled to take place from Raymond James Stadium in Tampa, Florida on Sunday, April 5, 2020. The show will be available live via pay-per-view and on the WWE Network.

Check out the complete Becky Lynch interview at SI.com.

Becky Lynch was part of the 1st women’s match to headline WrestleMania, & doesn’t want it to be her last: “I’ve main-evented WrestleMania, now I know what it feels like. For me, anything less than a WrestleMania main event is going to feel like a failure.” https://t.co/3xFt1FdNI6

Becky Lynch On Her WrestleMania 36 Spot: “Anything Less Than A Main Event Is A Failure”