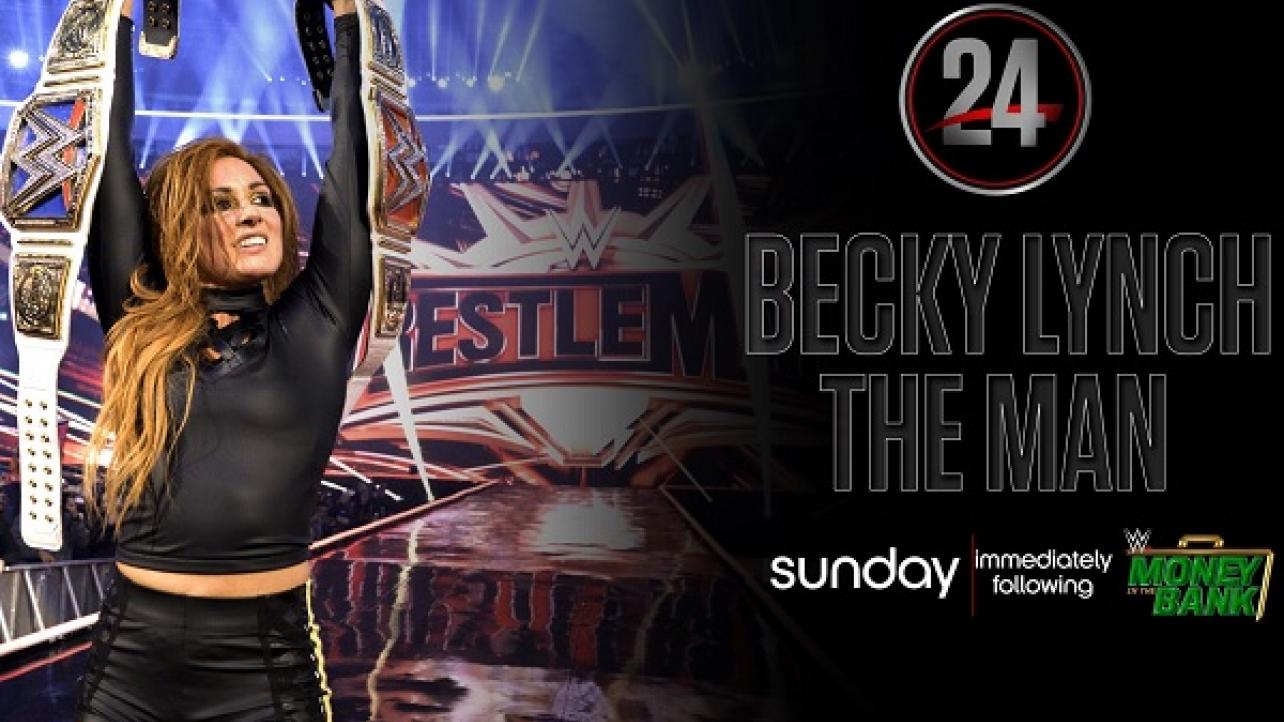 – As noted, a new installment of the WWE Network original documentary series WWE 24 is scheduled to return this coming Sunday night with a new special on WWE RAW and SmackDown Women’s Champion Becky Lynch. On Tuesday, “The Man” took to Twitter to promote the new special, which premieres on the WWE digital streaming service immediately after the WWE Money In The Bank 2019 pay-per-view on Sunday night. Check out her comments below.

I chased, I bled, I hustled, I overcame, I won. I changed. I became The Man. #WWE24 airs right after #MITB this Sunday pic.twitter.com/oHhcxxXqHe

– Speaking of the Money In The Bank PPV, WWE posted the following trailer on their official Twitter feed on Tuesday evening to promote the show emanating from the XL Center in Hartford, Connecticut this Sunday night.

Who will climb the ladder of success?

We’ll find out THIS SUNDAY at @WWE #MITB, streaming LIVE at 7e/4p on @WWENetwork! pic.twitter.com/gbnx3D8Z2y

– As noted, Stephanie McMahon was the special commencement speaker at Robert Morris University’s 2019 Graduation Ceremony earlier this month. On Tuesday, WWE released the following highlights from the WWE executive and on-air performer’s appearance, and commencement speech.