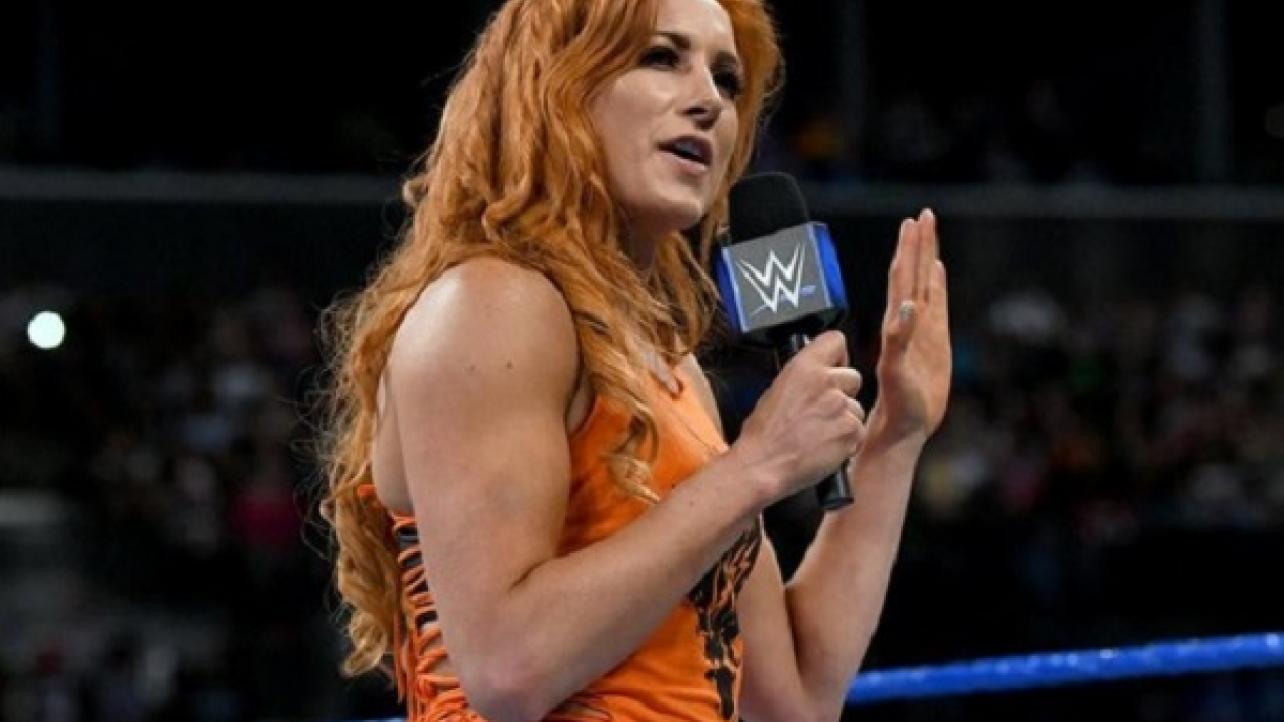 Becky Lynch On Nicki Minaj/Cardi B, Who In WWE She Talks To About Music

Becky Lynch recently spoke with the folks from Loudwire for a music-based interview. Featured below are some of the highlights.

On which WWE Superstar she talks to the most about music: “Oh, that’s a good question. I will say, in our women’s locker room on SmackDown Live, I can’t say I can talk about music. [Laughs] Generally, I’m hearing the gossip about Beyonce and whatever’s going on with Cardi B and Nicki Minaj, which I don’t have a clue about.Who do I have the best conversations about music with? Jeff Hardy. I don’t have a musical bone in my body, so I’m so interested in what goes into writing songs and things like that.

“He’s got his own band and he sings and everything — and he’s a big Pearl Jam fan — so getting to talk to him about how people write songs, I’m always curious. Sometimes Eddie says words in such a way that you can’t understand it and I’m like, ‘Why did he say it like that? Is that purposely to fit with the melody? Is that just the way he wants to sing it?’ Just random questions that I always have and Jeff is good at answering them, even if he doesn’t know what the hell I’m talking about.”

On how music has set the background for her rise to the top in WWE: “Music is so important, isn’t it? It reflects everything that’s going on. Sometimes I’ll just be driving and listening and feel so grateful. When things weren’t going so good, a song like “Bulls–t” would really motivate me and you’d get into that zone and sing along with it and, for the lack of a better term, raging against the machine. Wanting to prove yourself, that motivates you.

“Sometimes, everything is going great and you listen to a song like “Just Breathe” by Pearl Jam. It relaxes you — I can just breath through this. I know it’s more of a love song, but it’s just about appreciating everything that’s going on in your life. When he says, ‘I’m a lucky man to count on both hands the ones I love,’ I feel like at this point in my life I’ve got such a great support system, I’ve got such great friends outside of the business and inside of the business, and all the amazing fans that I have. It’s hard to not sit back and think, ‘I’m a lucky woman.’

On whether or not she listens to music before a match: “I generally put music on in the locker room if I can, just to get centered. I wouldn’t be one to walk around with headphones right before or anything like that, but there’s always music going on in my head. [Laughs] I could talk about music all day!”

Check out the complete Becky Lynch interview at Loudwire.com.

Becky Lynch On Nicki Minaj/Cardi B, Who In WWE She Talks To About Music