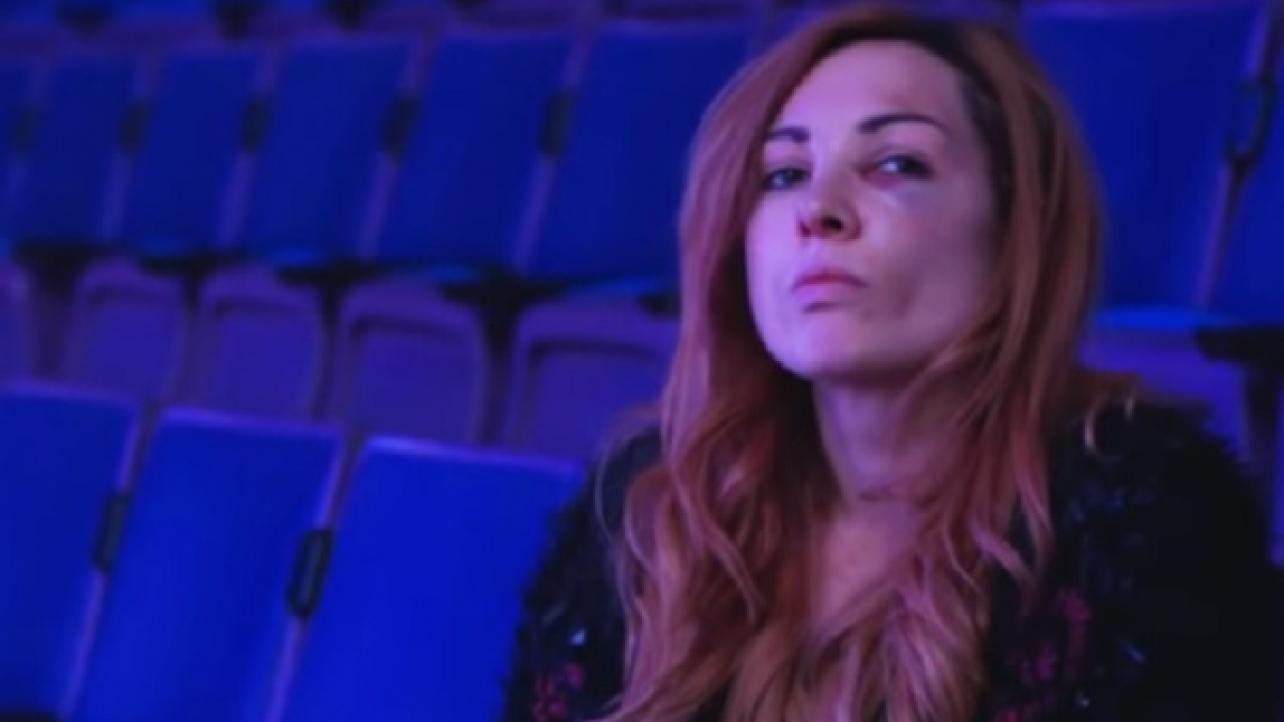 Becky Lynch On Other People Getting Opportunities, Finally Breaking Through

Becky Lynch recently appeared as a guest on Edge and Christian’s podcast, E&C’s Pod Of Awesomeness, for an in-depth interview. Featured below are some of the highlights.

On the fans never giving up on her and how her momentum began to pick up: “In 2017 it wasn’t my best year by any stretch of the imagination, but I never felt that I had lost the fans at all. I felt that they were there the entire time, and even though I wasn’t doing much on television or I wasn’t on my most winningest run in WWE, I felt that they were always there and they never turned their back on me. They never gave up, or booed me. They always believed in me.

“Even if they got a little bit quieter it was because I wasn’t doing anything for them to rally around me. I always felt like no matter what they liked me and I liked them, and when it came to Money in the Bank they just showed their support in a way that was undeniable, where it made everybody turn around and say that she’s got something here. Something is happening. There is a connection. It’s real. It’s not manufactured.”

On it being tough to put in the work but watch other people get the opportunities: “I have worked as hard as I can possibly work and I deserve it just as much as anybody, and if nobody is going to give it to me then I am going to take it. I think anybody can relate to that frustration.”

On if she feels vindicated by her recent success: “Oh, absolutely. For the fans I wanted to prove them right. But for everybody else that had talked behind my back – those I know about and those I don’t know about, but I have a clue about, it is all of those people that have questioned me and thought that I was destined to be good and a good hand but not great. But I had always known that I was meant to do something great and I always had my sight set on bigger things, which is happening.”

Check out the complete episode of E&C’s Pod Of Awesomeness featuring the Becky Lynch interview at Player.fm.

Becky Lynch On Other People Getting Opportunities, Finally Breaking Through