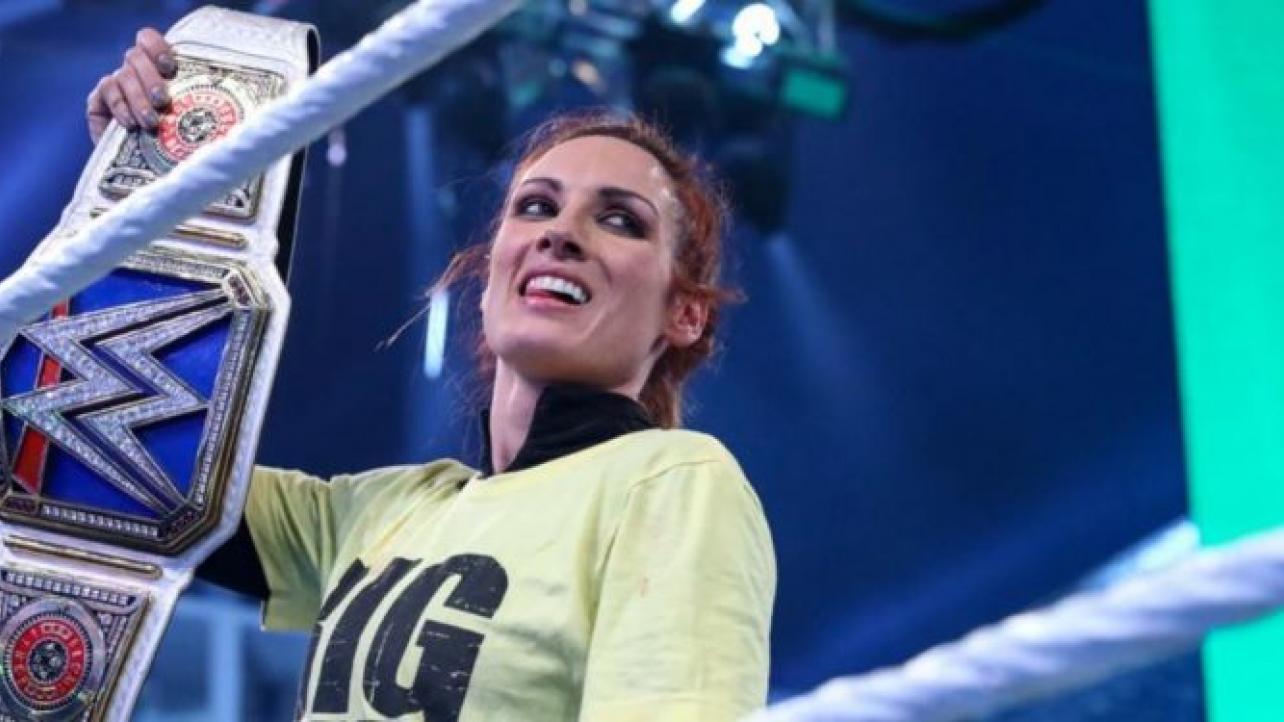 Becky Lynch took to social media to release a statement describing the significance of her match in Saudi Arabia on Thursday afternoon, as well as to thank some of the behind-the-scenes figures who helped put it together and more.

She wrote the following after successfully retaining her SmackDown Women’s Championship in the triple-threat co-main event against Sasha Banks and Bianca Belair at the show held in Mohammed Abdu Arena in Riyadh on Thursday afternoon.

Tonight was about so much more than a title. I’ll set aside my usual trash talk tonight . Thank you to the women I shared the ring with tonight. You push me to do better. Thank you to the fans watching at home. Thank you to the incredible fans in Riyadh tonight who cheered so ferociously throughout our whole match and making this first trip to Saudi Arabia so memorable and inspiring so much hope for the future of women around the world. Thank you to the women who have laid the path for us to do what we do. Congratulations to the first Queen of the ring winner @theatrinidad. And thank you to @tjwilson711 for being one of greatest minds the wrestling business has and collaborating with us to make magic. I’ll go back to hating everyone tomorrow and wanting to slap heads. But tonight I want to say thank you. #Andstill.”

Check out the actual post from her official Instagram page that includes the above statement, as well as video highlights of the match from the official WWE YouTube channel embedded below.