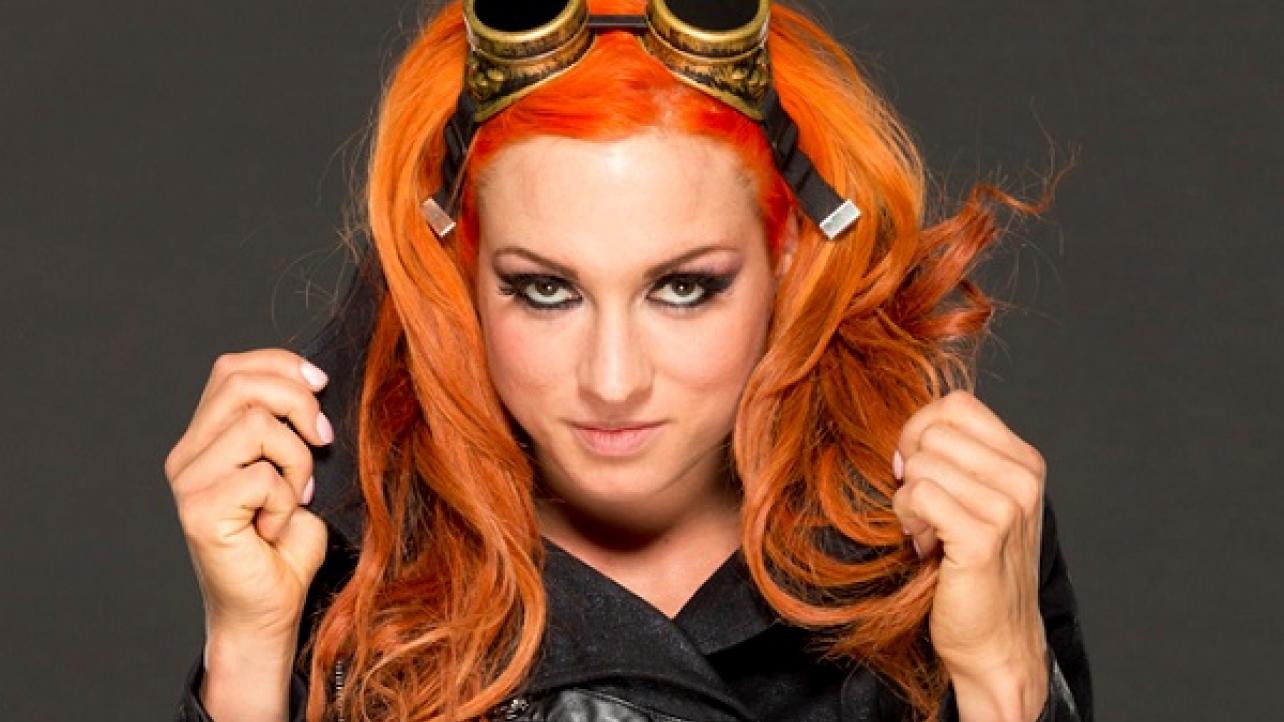 WWE SmackDown Women’s Champion Becky Lynch recently appeared as a guest on the NotSam Wrestling podcast for an in-depth interview. Featured below are some of the highlights.

On when the perception of her WWE character started to change, which led to more people behind-the-scenes noticing her unique crowd reactions: “I will say that I think around Money in the Bank was when it kind of came to light and people were behind me and people have really supported me along the way. There was a time when I was down and wasn’t really doing anything. I was doing interviews at WrestleMania, so 2017 wasn’t really my best year. I am trying to change that now. I think that at Money in the Bank 2018 people were caring and people really wanted me to win Money in the Bank. When I climbed that ladder, they were heavily cheering me and it was noticed. Eventually, you end up snapping after you keep doing the right thing from time in and time out.

“You work your hardest. You have showed up on time and haven’t missed a beat. You haven’t missed a day off, you haven’t missed a week off. People tend to notice that, and eventually enough is enough somebody is going to hand it to you and you have to take it, so that is why people can identify with that. I have been silently working, even if I haven’t had a storyline and I had been on television losing to somebody and I think people said enough was enough.”

On whether or not she was surprised when she realized fans were going to be cheering for her heelish tactics: “I don’t know how surprising that is to me because, like I said, anybody can identify with that story. Anybody can identify with the story of feeling overlooked and feeling frustrated after doing the right thing for three-and-a-half years and not going anywhere with it. So you finally realize, you know what I am tired of this crap, I am going to do what it takes because I have been cheated out of championships and cheated out of opportunities because there were lines I wasn’t willing to cross, but now it doesn’t matter. I am willing to cross any line to take what I want.

“Anyone can identify with that. Most people stay in line and are grinding their teeth and continue to listen to what their boss is yelling at them and telling them what to do, but you know what? I am doing my best over here. I am doing the right thing, but they do want to sound off where they say enough is enough. I have proven myself time and time again, now it is time for you to see how good I am.”

On getting out of the shadows of Charlotte in WWE and making sure others don’t take opportunities away from her: “You can look at that and say – so, I’ve even told Charlotte this; you always get these opportunities and all of these appearances, and it’s like, oh man, you want to be happy for her but you also think to yourself, well, I wish I was on that appearance or I wish I was on the front of that poster. But you have to witness it and pretend to be that happy best friend, but now it’s like, no, I want this and I am going to take it.”

Check out the complete Becky Lynch interview from the NotSam Wrestling podcast with Sam Roberts at NotSam.com.