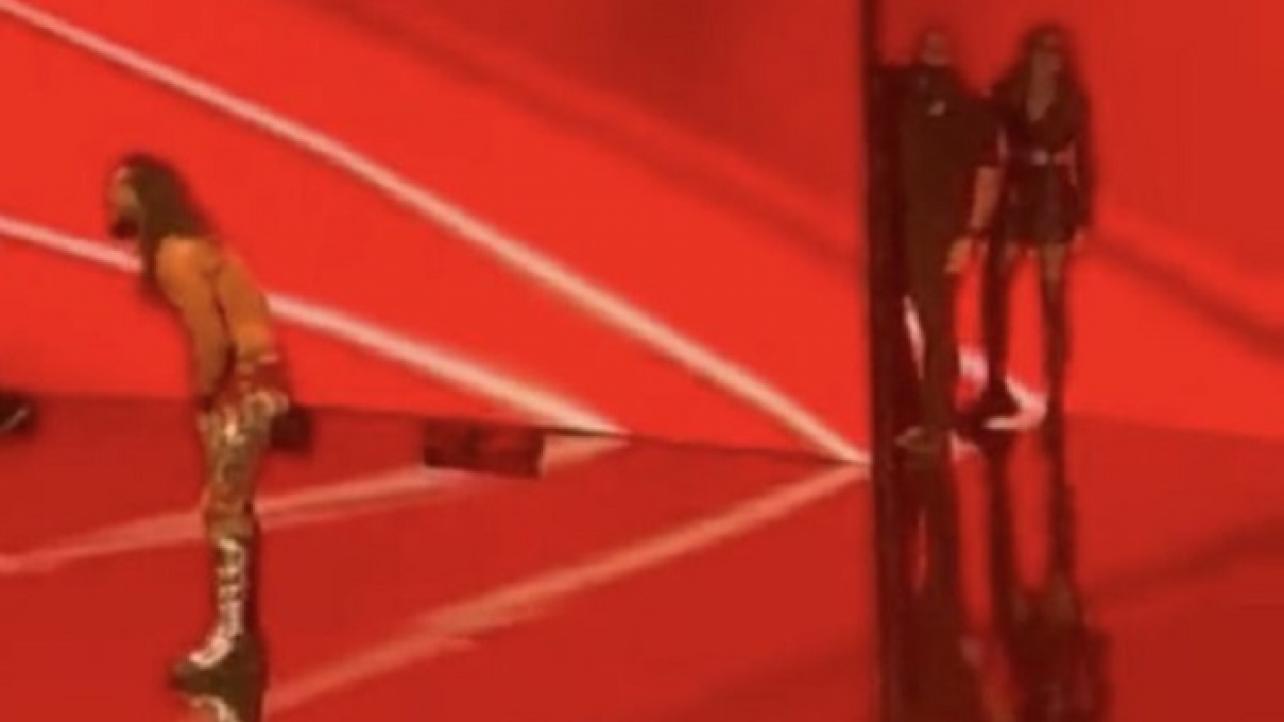 As noted, Seth Rollins was attacked by a crazy fan at the post-Survivor Series edition of WWE Monday Night Raw.

In addition to the videos and photos of the fan attack on Seth Rollins during the 11/22 episode of WWE Monday Night Raw, an interesting new photo has surfaced.

A fan shared an image of Rollins’ better-half and the mother of his child, fellow WWE Superstar Becky Lynch, peeking around the corner at the top of the entrance area just a few feet away from where the attack took place.

Check out the picture of “The Man” being ready and willing to throw down on behalf of her man via the tweet embedded below.

Get you a partner like Becky Lynch. She was ready to handle business for Seth Rollins pic.twitter.com/Cfufv8flV1