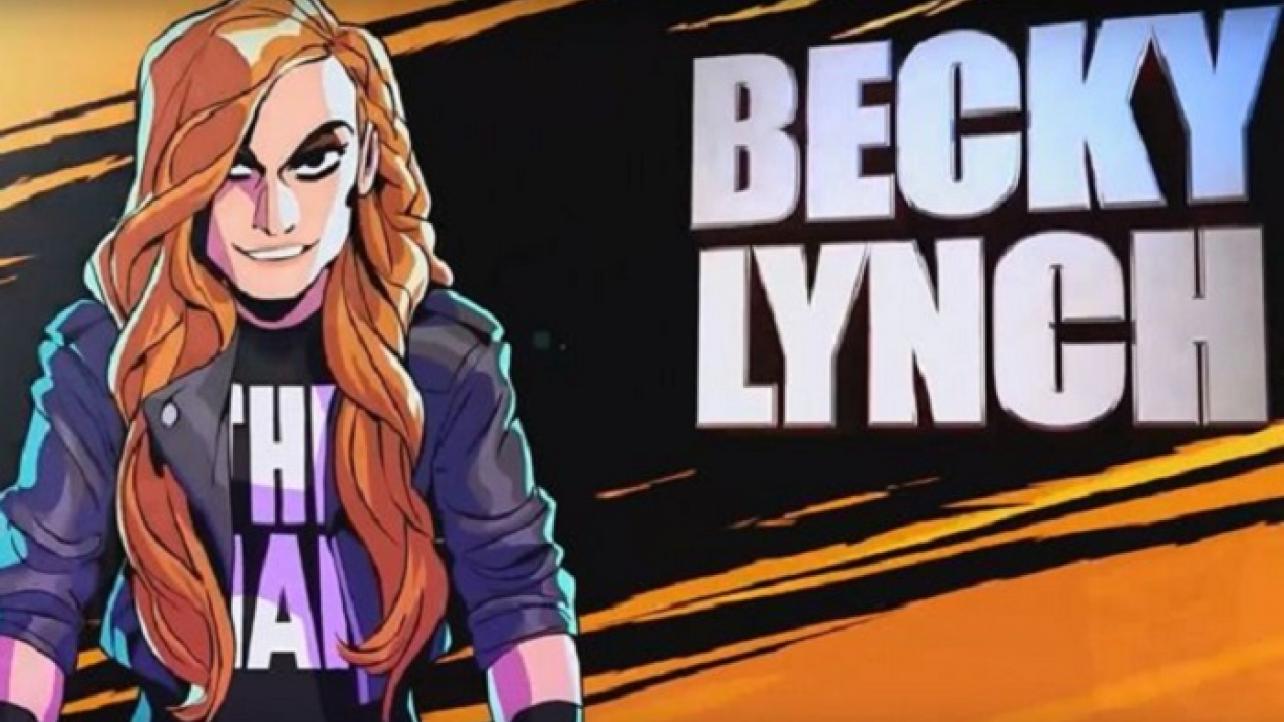 If it wasn’t made clear already, Becky Lynch established herself as — without question — “The Man” in WWE, after being the number one overall pick in night one of the two-night WWE Draft.

The WWE 2K20 cover star will remain on the red brand, as Lynch was the number one pick in the draft and was selected to remain as part of RAW.

After being drafted to remain on the red brand during the sophomore edition of WWE Friday Night SmackDown On FOX, where she sits atop the RAW women’s division as the reigning, undisputed world champion, “The Man” spoke in a backstage interview at the T-Mobile Arena in Las Vegas, Nevada dubbed “Xfinity’s Rapid Reaction.”

“I’ve had a plethora of ‘firsts’ and I think being the overall number one draft pick just fits nice and comfortably into that,” Lynch said. “I feel honor because two years ago I was struggling to get on TV, now, all the TV shows are fightin’ to having me!”

As noted, WWE has announced that Becky Lynch will go one-on-one against Sasha Banks on Monday night’s episode of WWE RAW, which features the second and final night of the WWE Draft.

The Lynch-Banks match, much like the Seth Rollins vs. Roman Reigns match from this week’s edition of WWE Friday Night SmackDown On FOX, will determine which brand gets the first selection in night two of the WWE Draft. “The Man” will represent the red brand, while “The Boss” will be fighting for the blue brand.

For the complete announcement regarding the Becky Lynch vs. Sasha Banks match for the first pick in night two of the WWE Draft on Monday night’s edition of WWE RAW, click here.

For a complete recap of night one of the WWE Draft from WWE Friday Night SmackDown On FOX, click here.

For a list of eligible Superstars remaining in the WWE Draft for night two coming up on Monday night’s episode of WWE RAW on the USA Network, click here.

Check out the complete interview with RAW Women’s Champion Becky Lynch from backstage at the T-Mobile Arena in Las Vegas, Nevada at the sophomore edition of WWE Friday Night SmackDown On FOX below.

She’s #TheMan, and she’s the No. 1️⃣ #WWEDraftPick.

The #RAW #WomensChampion @BeckyLynchWWE is headed to the brand! pic.twitter.com/eihzvXIpDx

After being No. 1 #WWEDraftPick in night 1 of #WWEDraft on #FridayNightSmackDown/#SmackdownOnFox, #TheMan #BeckyLynch talks backstage at @TMobileArena in #LasVegas at #SmackDown about her growing list of #WWE accomplishments