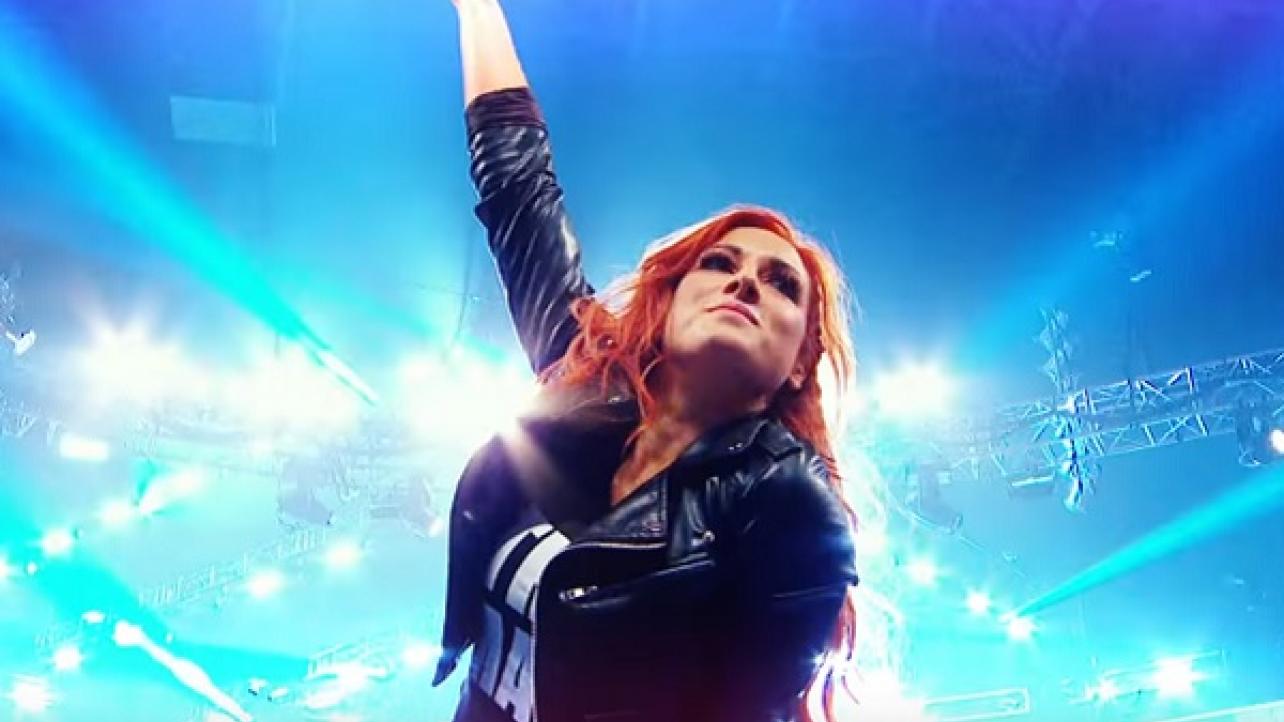 As noted, Becky Lynch recently spoke with the folks from CBS New York for an interview promoting her main event match at WrestleMania 35 against RAW Women’s Champion Ronda Rousey and SmackDown Live Women’s Champion Charlotte Flair. Featured below are some additional highlights from the discussion with “The Man.”

On headlining a show that includes Kurt Angle’s retirement match, Brock Lesnar vs. Seth Rollins, Triple H vs. Batista and more: “That’s the thing. It’s one thing to main-event if there’s no good matches. This WrestleMania is stacked. Absolutely stacked to the brim, but I have been obsessing about this. Not just this year but since I was 15 years old wanting to come into WrestleMania. So, it really is the culmination of my entire life’s work. Just as soon as I got hot, I was just strategically planning this. How could I make the story so compelling? How could I get people so invested that they have to see this as the main event because they’re just so invested? Even though it feels like this build has been happening for about 12 years now, I think the blowoff at WrestleMania is perfect.”

On a possible “Winner Take All” stipulation or something along those lines being added to what is currently a RAW Women’s Championship Triple-Threat match: “If anyone’s going to do that, that should be me. That will be me. That sounds spectacular. And I would like to be able to defend both of them. Be the first-ever women’s champ champ. I think that sounds pretty freakin’ fantastic.”

On if she wants to move to RAW or stay on SmackDown Live while it moves to the FOX network in October: “Well, if I’m the champ champ, I’m going to have to be a floater. I love my brand. I’m so proud of that brand. I feel like they always categorize it as the “B show,” but I think we both know it’s the better show. I think it’s got people who [they] don’t necessarily roll out the red carpet for… but it’s people that the fans care most about. And that’s what’s important, that’s what they built on. Not your corporate golden girls and boys. Ever since I went to SmackDown, I want to make that women’s division the one to watch. Any opportunity, when I’ve been in a story, I’ve tried to take that ball and run with it. On stage, the SmackDown Women’s Title is the talk of the industry. It was the hottest title in town. Unfortunately, it’s fallen a little bit, but I would like to bring it back up to where it was.”

Check out the complete Becky Lynch interview at CBSLocal.com.