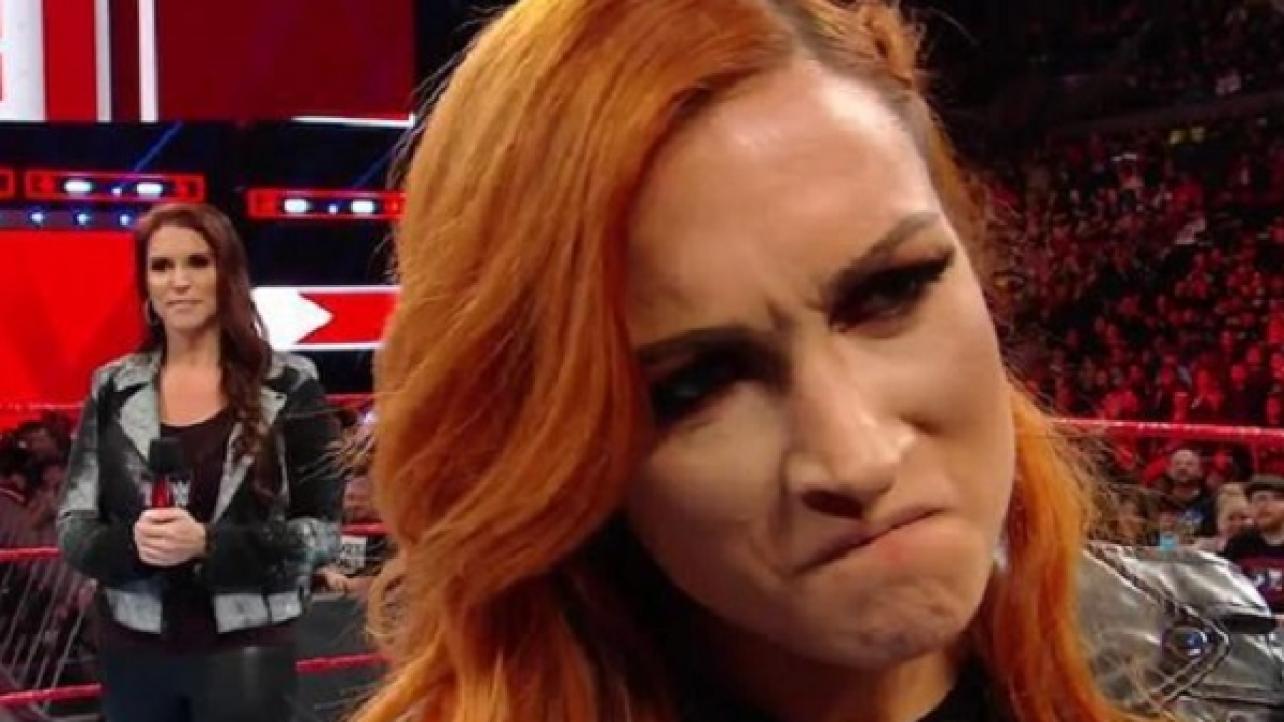 – On Friday, WWE updated the poll on their official website to ask fans the question, “Which duo will become the first Women’s Tag Team Champions at WWE Elimination Chamber? As of this writing, 63% of the fans have voted for Sasha Banks & Bayley. Trailing them, in order, are Billie Kay & Peyton Royce (10%), Mandy Rose & Sonya Deville and Nia Jax & Tamina (9%), Liv Morgan & Sarah Logan (6%) and Carmella & Naomi (4%). Cast your vote in the poll today by logging on to WWE.com.

– The latest installment of the WWE digital series, WWE Now, featuring Ryan Pappolla, is now available. The new episode features a look at Becky Lynch unleashing on the McMahon’s following her “WWE suspension” that was announced on WWE television this week. Check out the complete video at WWE.com.

– The WWE Superstar the new Dwayne “The Rock” Johnson-produced film “Fighting with my Family” was based off of, Paige, shares her WWE Network “Pick of the Week” in the following video released via WWE’s official YouTube channel on Friday.