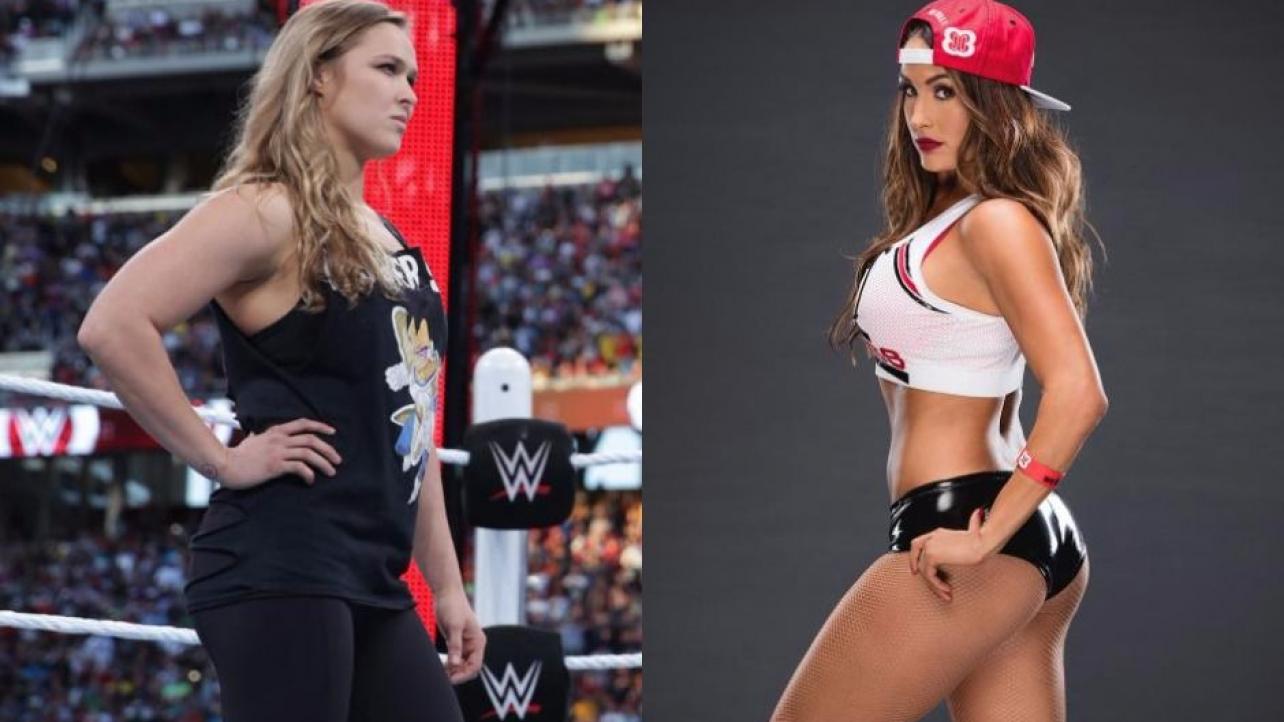 – Featured below is a new video from the official YouTube channel of The Bella Twins. In the video, Bella gives fans special access to her appearance at the WrestleMania 35 press conference earlier this week. She also teased facing Ronda Rousey at WrestleMania 35 next year.

– OAOA.com published a new interview with Aiden English this week. In the interview, English talks about whether or not he feels like he is carrying on a part of Eddie Guerrero’s legacy. English is married to Guerrero’s daughter, Shaul Guerrero.

“People ask me that,” said English. “‘Do you feel like you’re carrying on a part of the legacy?’ and everything like that. It’s an awkward question for me, because I married into that family, but it’s not like it was some goal to carry on a legacy. But there is absolutely a sense of pride and honor to even be associated with that entire family.”

– Vince McMahon made a rare post on Twitter on Saturday to acknowledge the St. Patrick’s Day holiday. The WWE Chairman posted the following.

May the road rise to meet you. Happy St. Patrick’s Day! #ErinGoBragh