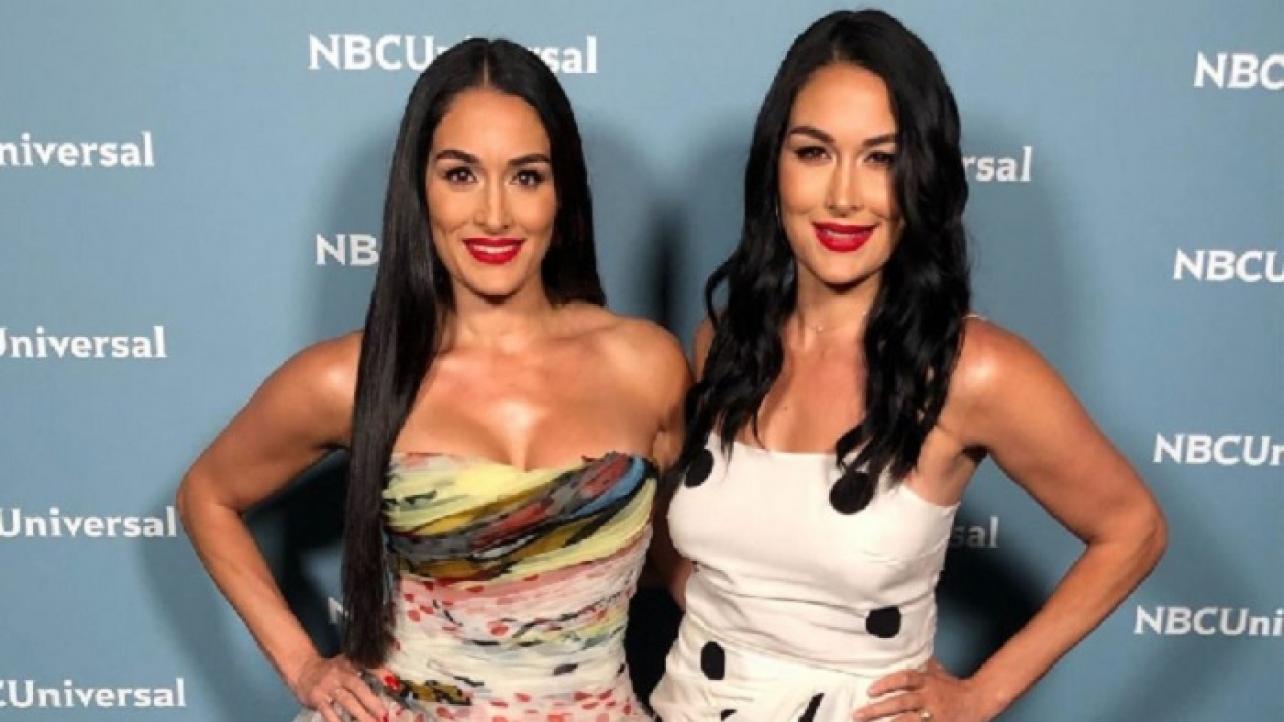 During the appearance, Nikki and Brie Bella spoke about re-signing a five-year deal with WWE after making it to TV, the affect that Total Divas had on women’s wrestling and more.

Nikki Bella on re-doing a five-year contract with WWE after making it to TV: “When we first signed with WWE, and we made it TV finally, we re-did a five-year contract. So we were on TV for five years and our five years were coming up. I remember at that point, Brie and I just did not like how women were treated in WWE. Two-minute matches but were allowed ten minutes on live events. While we were working hard on live events, we were never allowed a showcase on TV and our stories didn’t have depth and we just weren’t treated right. I remember when our contract was coming up and we kept wanting to talk about it. They were like ‘yeah, yeah we need to get to that, we need to get to that.’ So finally, I and Brie got a point where we said ‘let’s not remind them, and let’s see what happens.’

“So, it’s about — I think our contracts up after this one RAW, the next day. Still, no one talks to us, and I’m the champion. This is when I beat Beth Phoenix and I’m wondering if anyone is going to talk to me about my contract. Sure enough, the reason why I dropped it to Layla in Chicago out of nowhere was that I was like ‘I’m not signing.’ They were like ‘we’ll give you these stories,’ and I was like, you couldn’t even have a conversation with me. I remember we’d just had this conversation and I said ‘we’re leaving.’ They still probably thought Brie and I were going to sign after the show or that week, they kept calling. Literally, when we left RAW in Chicago, after the championship match, we left and that was it.”

Brie Bella on the affect that Total Divas had on the women’s wrestling scene in WWE: “The one thing, and it’s what you said like how Vince recognizes it. We all know Vince is all about putting a**** in seats. He cares about money. Like, buying the ticket and all this, and the one thing that Total Divas did was it showed Vince that people are coming to the show to see women. It was more than just like men coming, it started to be young girls and women buying tickets just to see the Total Divas. He doesn’t quantify oh there’s a sign or there’s a sign, it was starting to get a point where you’d see these crowds, and I think that’s when Vince was like we have to give them more time because people are coming now.”

Check out the complete interview at iHeart.com. H/T to WrestlingInc.com for transcribing the above quotes.