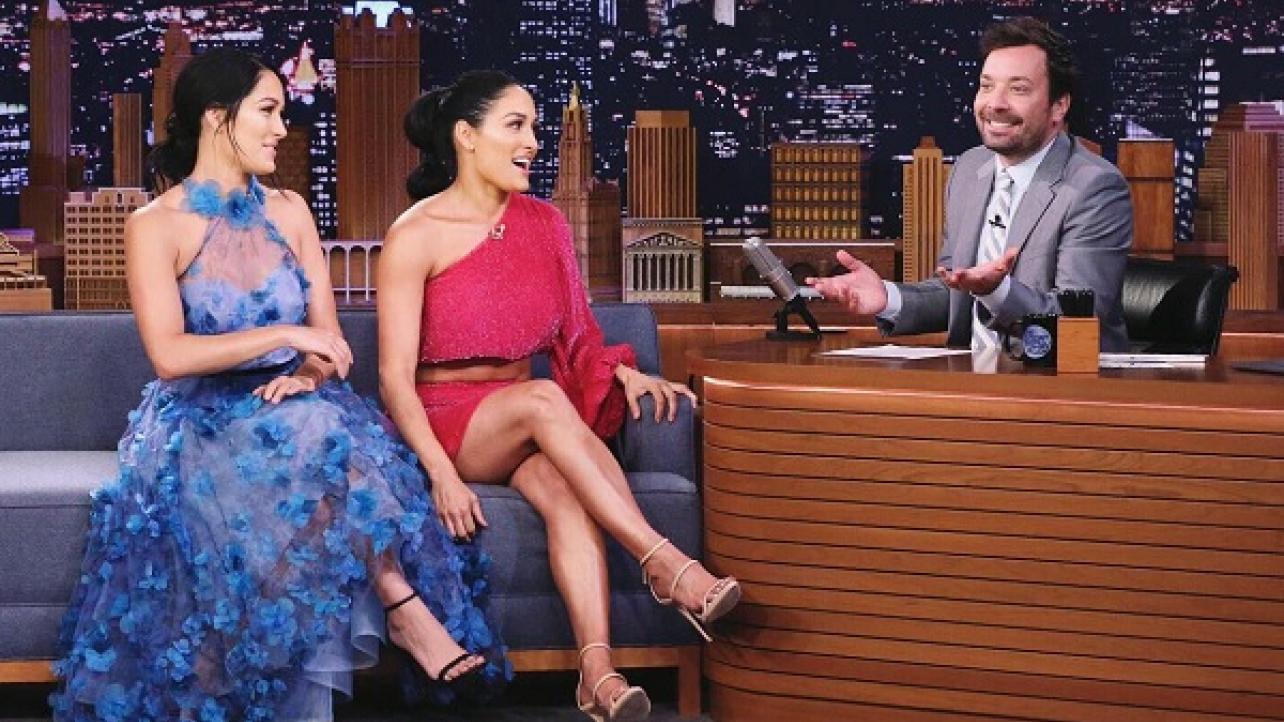 The Bella Twins Appear On ‘The Tonight Show’ (Video), Nikki Reveals Cyst On Her Brain

The Bella Twins — Nikki and Brie Bella — appeared together as guests on The Tonight Show with Jimmy Fallon this week.

During the show, Nikki spoke about some of the issues that forced her to retire from in-ring competition in WWE.

“I really wanted to go back and fight for the [Women’s] tag titles,” Nikki said. “You know, I’ve always had my neck issues. And after neck surgery, like, it hasn’t been okay.”

She continued, revealing some of the specific details of her injury.

“I felt like I needed to get that check-up before we went back for the tag titles,” said Nikki. “And then it came back — I herniated the disc above where I had surgery. I have all this inflammation around the metal, and then I have a cyst on my brain. So they were like, ‘You’re done, no more, you’re out.’ So, I didn’t get a choice.”

Check out highlights of The Bella Twins on The Tonight Show with Jimmy Fallon below.

In an update on the story, Nikki told TMZ Sports that the cyst on her brain is benign. For more on that, click here.

The Bella Twins Appear On ‘The Tonight Show’ (Video), Nikki Reveals Cyst On Her Brain