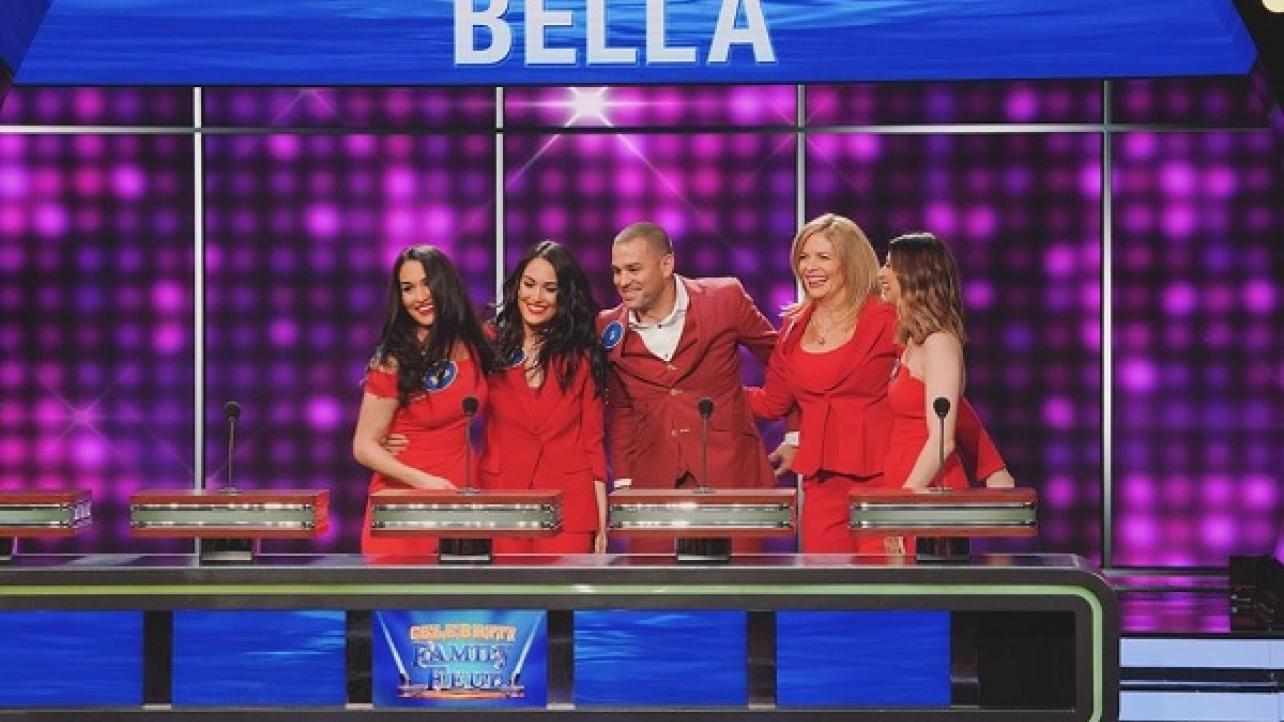 – The Bella Twins posted the following tweet on Saturday to promote their episode of “Celebrity Family Feud” airing on Sunday, August 18th at 8pm Eastern Time.

Check out a complete photo gallery of The Bella Twins’ appearance on the show via Nikki Bella’s official Instagram page below.

– WWE posted a tweet on their official Twitter feed on Saturday looking at the top five WWE Universal Championship title changes in the short three-year history of the title.

In its short 3️⃣-year history, the #UniversalChampionship has spawned some INSANE matches. Here are our 5️⃣ favorites! pic.twitter.com/Ow2wsZGfZx

– Ahead of the return of the WWE King of the Ring tournament on this coming Monday night’s episode of RAW, WWE looks back at the top ten “Greatest Kings of the Ring” in the latest installment of their digital series, “WWE Top 10.”