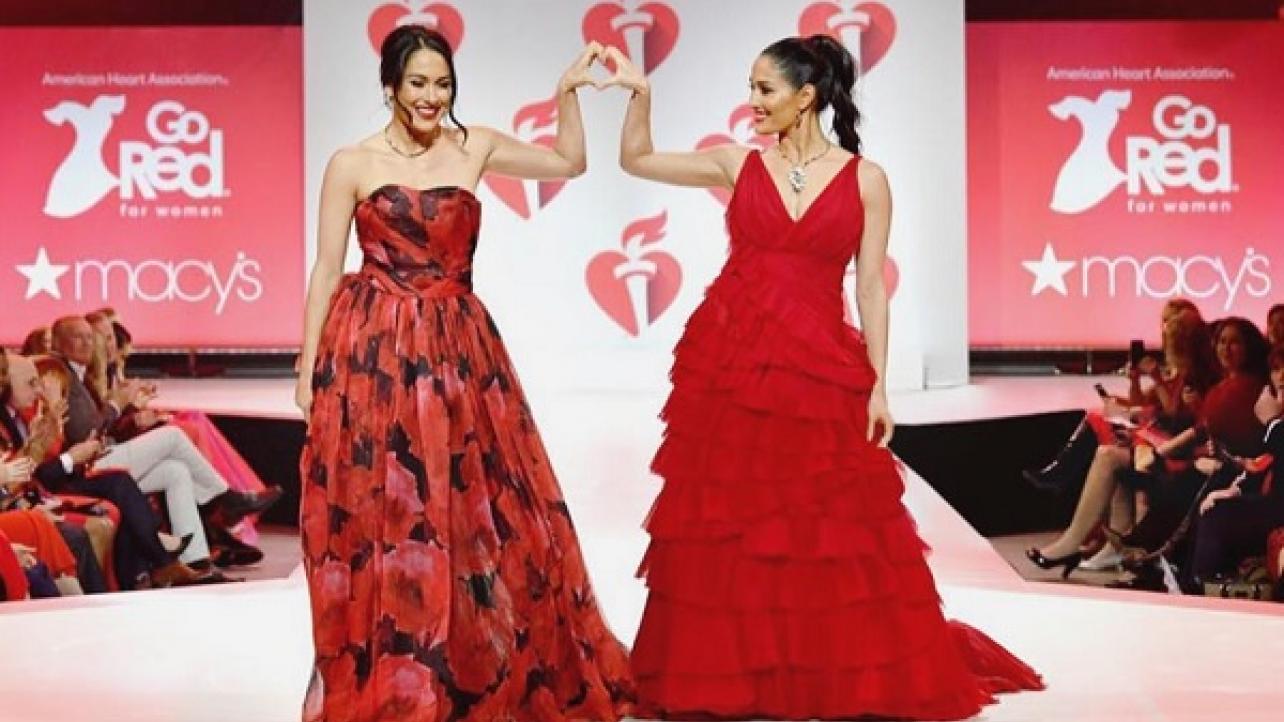 WWE Superstars and co-stars of the popular E! reality shows “Total Bellas” and “Total Divas,” Nikki Bella and Brie Bella, recently appeared along with “Soap legend” Susan Lucci and others at the Go Red For Women event as part of New York Fashion Week.

The #GoRedForWomen social media campaign is the American Heart Association’s national movement to end heart disease and stroke in women.

The Bella Twins’ appearance at the event will be covered on Friday evening’s episode of ExtraTV. Check out a preview clip, as well as photos of The Bella Twins on the run-way at the show, below.

The Bella Twins also posted the following comments about their appearance and experience at the event:

Still on an incredible high from the @goredforwomen Red Dress Collection Show last night. It was an incredible honor to be asked to walk in this show with Brie. It’s so important to use our platforms to help raise awareness for things that matter, and health is a big one! When was the last time you got a full check up by the doctor? When was the last time your parents or loved ones did? It’s important to know what’s going on inside so we can be preventive. I didn’t realize till yesterday that heart disease is the leading killer of women. Us women need to empower each other to take charge of our heart health. I urge you to get check ups, no matter what age, live a healthy lifestyle inside and out and make sure to stay active even if it’s just power walks. Obviously you can still have your cheat days and have fun! But overall stay healthy. Love you all and want you all to live the best you and life as possible! #goredforwomen #reddresscollection #nyfw #nyc #watchme #stayfearless #gettyimages