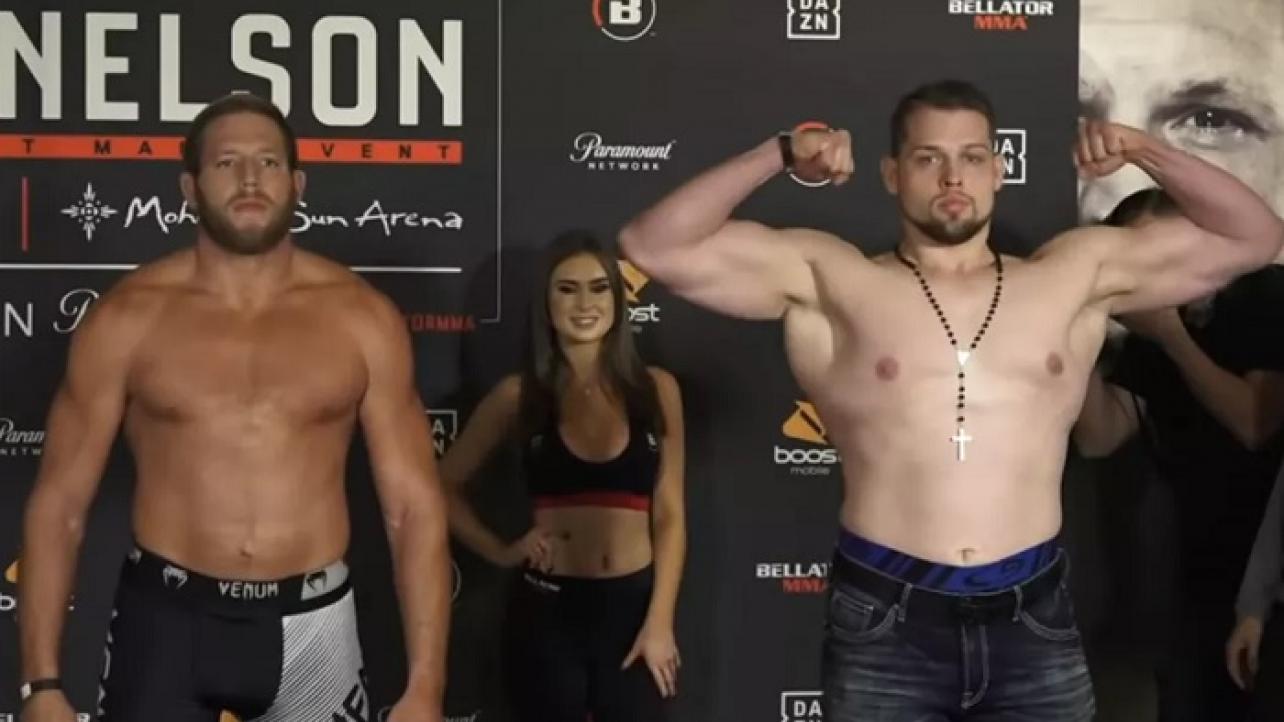 Bellator 231: Jake Hager’s Third MMA Fight A “No Contest” Due To Low-Blows, AEW Represented At Show

During the Bellator MMA event held at the Mohegan Sun Casino in Uncasville, Connecticut on Saturday, October 25th, Hager, formerly known as Jack Swagger, saw his third MMA bout end in a “No Contest” ruling.

Hager’s bout with MMA heavyweight fighter Anthony Garrett in the opener on the Bellator 231 televised card on Saturday, the fight was stopped less than two minutes after the action got underway due to Hager landing a hard groin shot on his opponent, the second for him in under 30 seconds.

The referee of the fight, veteran MMA official Dan Miragliotta ruled Hager’s low blows unintentional and thus, because the fight wasn’t able to proceed, it was ruled as a “No Contest.”

Hager represented All Elite Wrestling (AEW) at the Bellator 231 event, as he had an AEW banner in his corner and three of the fellow members of Chris Jericho’s faction, The Inner Circle — Sammy Guevara, Santana and Ortiz — were sitting front row for the fight.

Former #WWE star known as #JackSwagger, now in #ChrisJericho‘s #InnerCircle in #AEW, has #Bellator321 fight with #AnthonyGarrett end in “NO CONTEST” ruling due to MULTIPLE LOW-BLOWS!!

Bellator 231: Jake Hager’s Third MMA Fight A “No Contest” Due To Low-Blows, AEW Represented At Show