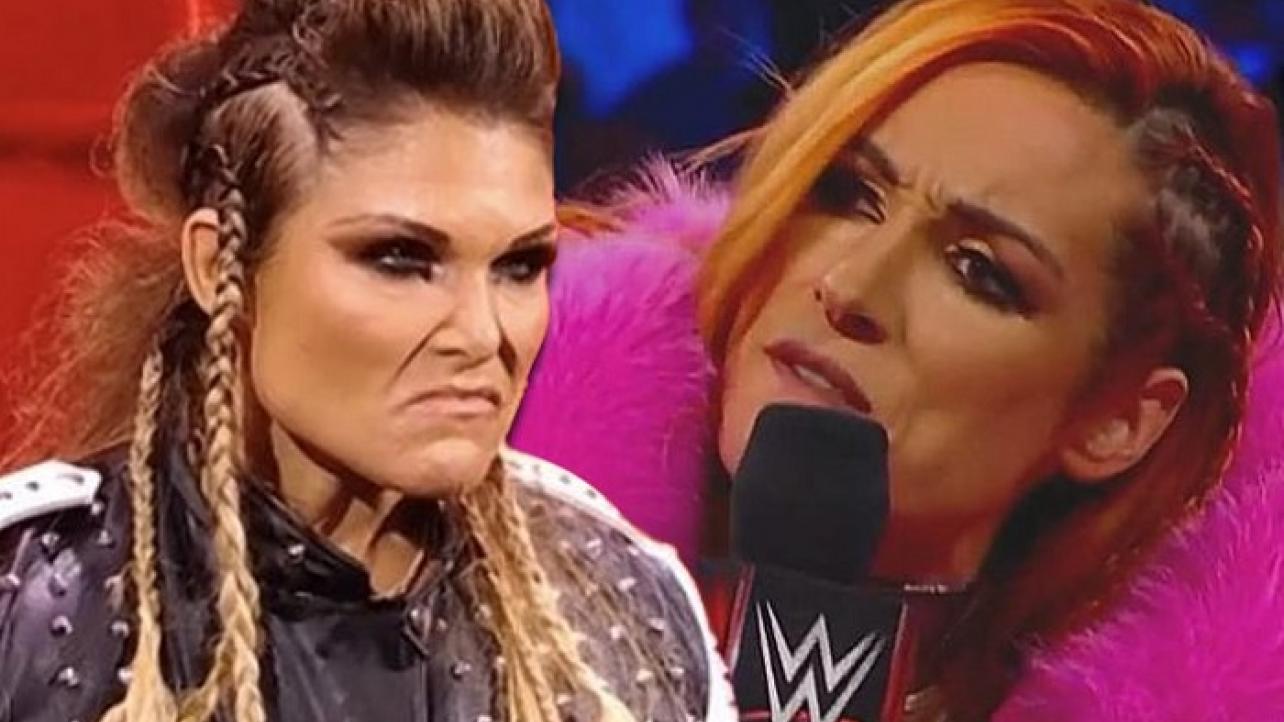 Could a Becky Lynch vs. Beth Phoenix showdown inside a WWE ring be in store for 2022?

All of the necessary ingredients for a successful program have already been put into place following the WWE Day 1 pay-per-view on Saturday night.

As noted, Phoenix returned at the conclusion of the Edge vs. The Miz match at the inaugural New Year’s Day pay-per-view event at State Farm Arena in Atlanta, Georgia this weekend. Her return directly led to Edge picking up the victory over his rival.

Could that have just been the start of an out-of-retirement return for Phoenix, who recently wrapped up her two-year run as a WWE NXT commentator at the NXT WarGames 2021 special event in early-December?

If Becky Lynch has her way, it will be.

Following the WWE Day 1 special event on Saturday night, Phoenix took to social media to comment on her return to help Edge pull off the win over The Miz.

“The grIT Couple,” wrote Phoenix as the caption to a photo of herself and Edge standing tall in the ring after “The Glamazon” provided an assist to “The Rated-R Superstar” en route to his victory over “The Most Must-See WWE Superstar” at the first-ever WWE Day 1 event.

Less than an hour later, “Big Time Becks” hopped on her own Twitter page to comment on her victory over Liv Morgan in the Raw Women’s Championship co-main event of the show, as well as to share a photo of herself with hip-hop group Migos backstage at the show at State Farm Arena in Atlanta, GA. on Saturday night.

While making the Twitter rounds, “The Man” decided to swing by the aforementioned post shared by the women’s wrestling legend and chime in with a response.

Lynch replied to Phoenix’s tweet by writing, “So… wanna fight sometime?” On Sunday afternoon, the WWE Hall of Fame wife of Edge fired back at the Raw Women’s Champion, simply writing, “Busy.”

In addition to the back-and-forth exchange she had with Becky Lynch on social media after her surprise return at the WWE Day 1 show on Saturday night, Phoenix also appeared in a post-show “WWE.com Digital Exclusive” backstage interview at State Farm Arena in Atlanta, GA. with her husband, Edge, to explain why she felt the need to return. “The Glamazon” explained that she was fed up with seeing Maryse put her hands on her man, noting that’s something only she is allowed to do.

Check out the post-WWE Day 1 backstage interview with Edge and Beth Phoenix via the YouTube video embedded above. Additionally, embedded below are video highlights of the Edge vs. Miz match, which featured Phoenix’s surprise return, as well as the aforementioned back-and-forth Twitter exchange between Phoenix and Lynch.