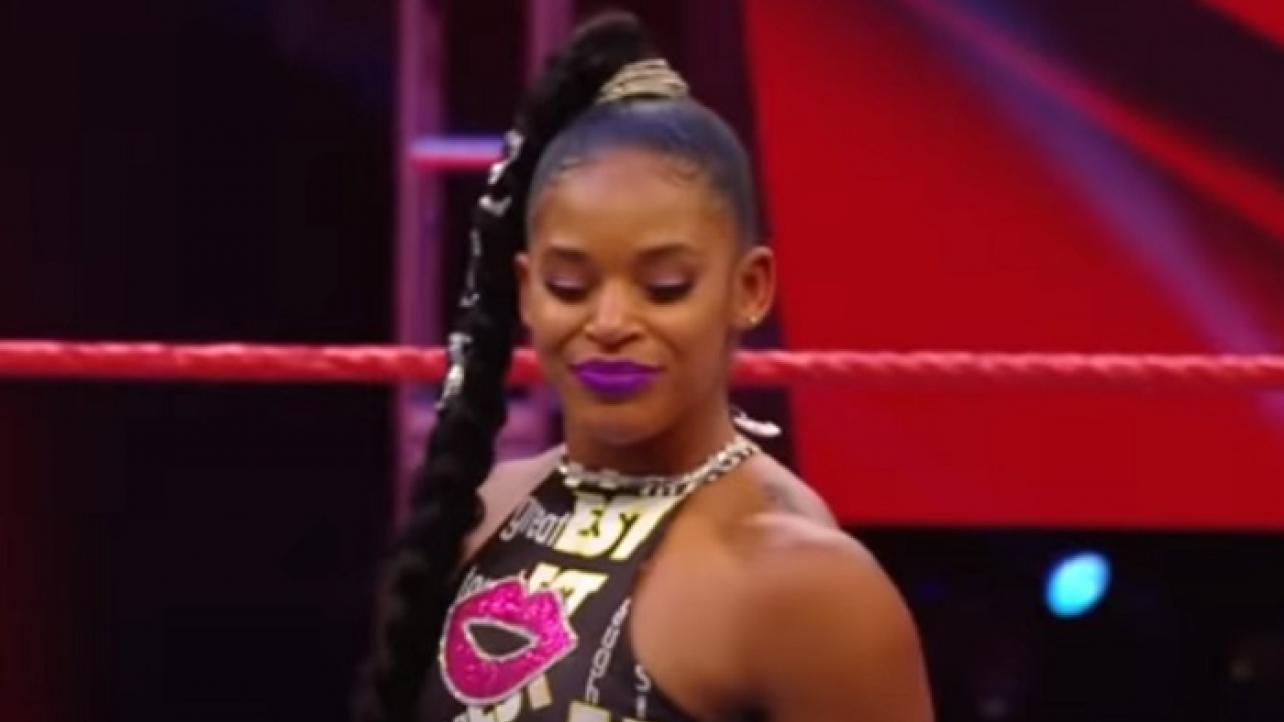 During the discussion with the popular digital media outlet, “The ESP of WWE” spoke about an influx of new women’s talent on SmackDown, winning an ESPY, Sasha Banks and more.

On new women’s talent on SmackDown, upping her game with Carmella and Sasha Banks’ status: “Like you said, this year has been so wild for me and everything’s just been kind of been thrown at me very quickly. I’m just trying to stay on my toes. And Carmella, to her defense, she was kind of thrown into this. Our first title defense, she had a week to prepare. She’s really helped me step my game up, and that’s what I love about our locker room: Every single woman is amazing. Every time I get in the ring with any of them, they bring the best out of me, and they just keep making me better as champion. It’s good for them, but it’s also good for me because they just keep making me better. But, now we have all these new debuts. We have Tegan Nox and Shotzi. We just had Toni Storm’s debut. I just know that I have a target on my back. Everybody’s coming for me and my eyes have to stay in the front of my head, the back of my head, and also…I don’t know when Sasha is returning, if she’s going to return. I don’t know. I just know I took something from her and I have to watch my back for her. I have to watch my back with the newcomers that just debuted. They’re trying to prove themselves. I’m really just looking out for everybody.”

On winning an ESPY and another match with Banks: “Yeah. It’s just an exciting time. The door is open for everyone. At this point, I think anybody has a fair shot at going for the SmackDown Women’s championship,” Belair said. “And I think, that whoever stepped in the ring with, it’s going to be magic. Like you said, Sasha and I have unfinished business. At WrestleMania, that night, I walked out as SmackDown Women’s Champion, but I always say that night was so much bigger than me. It was so much bigger than Sasha. It was so much bigger than just winning the SmackDown Women’s Championship. As you can see, we won an ESPY from it. That’s how big that one was. At the end of the day, nobody really lost that night. I’m just waiting for when we can face each other again when the only thing that’s on the line is the title. I’m a fighting champion. I want to defend my title as much as possible and make magic with as many people as possible.”