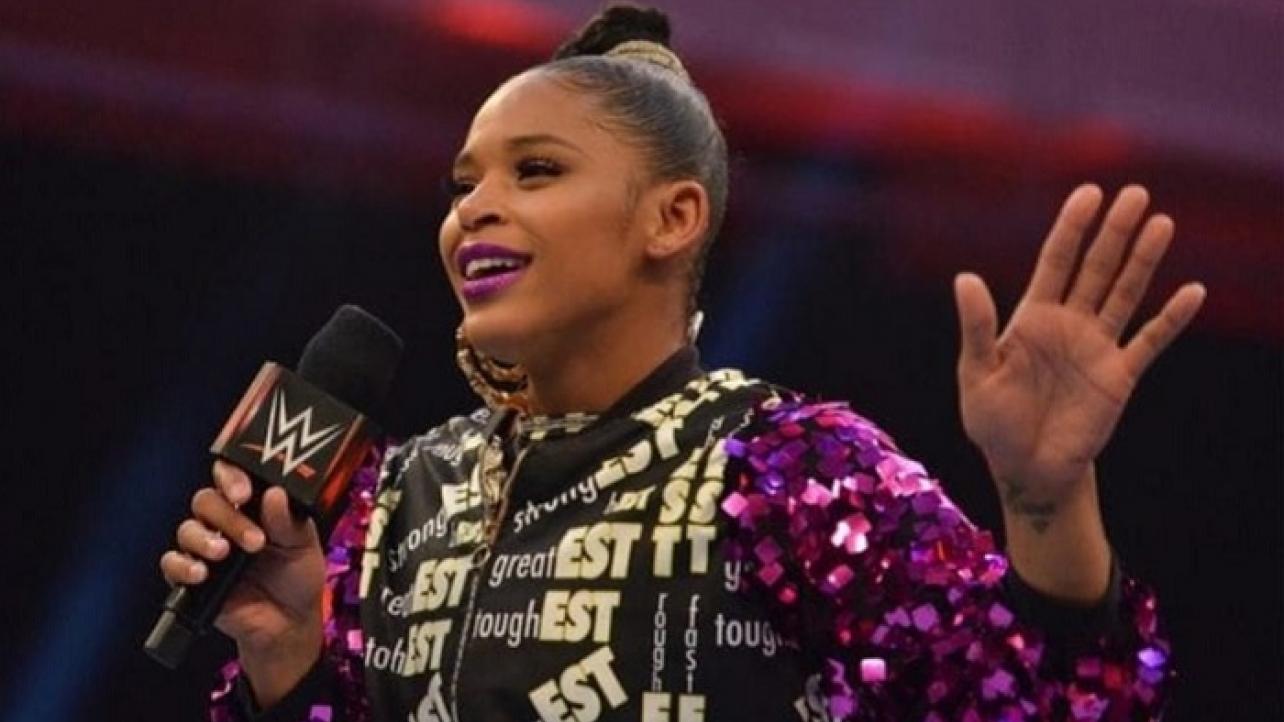 On WWE Talking Smack this week, rising star Bianca Belair appeared on the official post-show for the weekly blue brand program, which featured night one of the WWE Draft.

During her appearance on the SmackDown post-show, Belair discussed being drafted to Friday Night SmackDown, a move that will be taking her away from Raw and husband Montez Ford of The Street Profits.

The E-S-T states that she’ll always be Ford’s biggest fan, but that she’s ready to carve her own legacy into the WWE industry.

Featured below are some of the highlights of the Bianca Belair interview from this week’s edition of WWE Talking Smack.

On whether they’ve discussed being split up from the draft: “Yeah, of course we’ve discussed it. You know, my husband, he’s a Tag Team Champion on Monday Night Raw, and we love to spend time together and work together. But at the same time, you know, I’m his biggest cheerleader. He’s my biggest cheerleader, but tonight, it’s about me. I got drafted to SmackDown and I’m ready to get going. So it’s going to work out regardless.”

On feeling it will work out either way: “I mean, yeah, of course. Like, if he stays on Raw, that does give me a chance to stand on my own and show who I am. But at the same time, if he’s on SmackDown, I feel like… it works either way. It works either way.”

Check out the complete episode of WWE Talking Smack on the WWE Network.