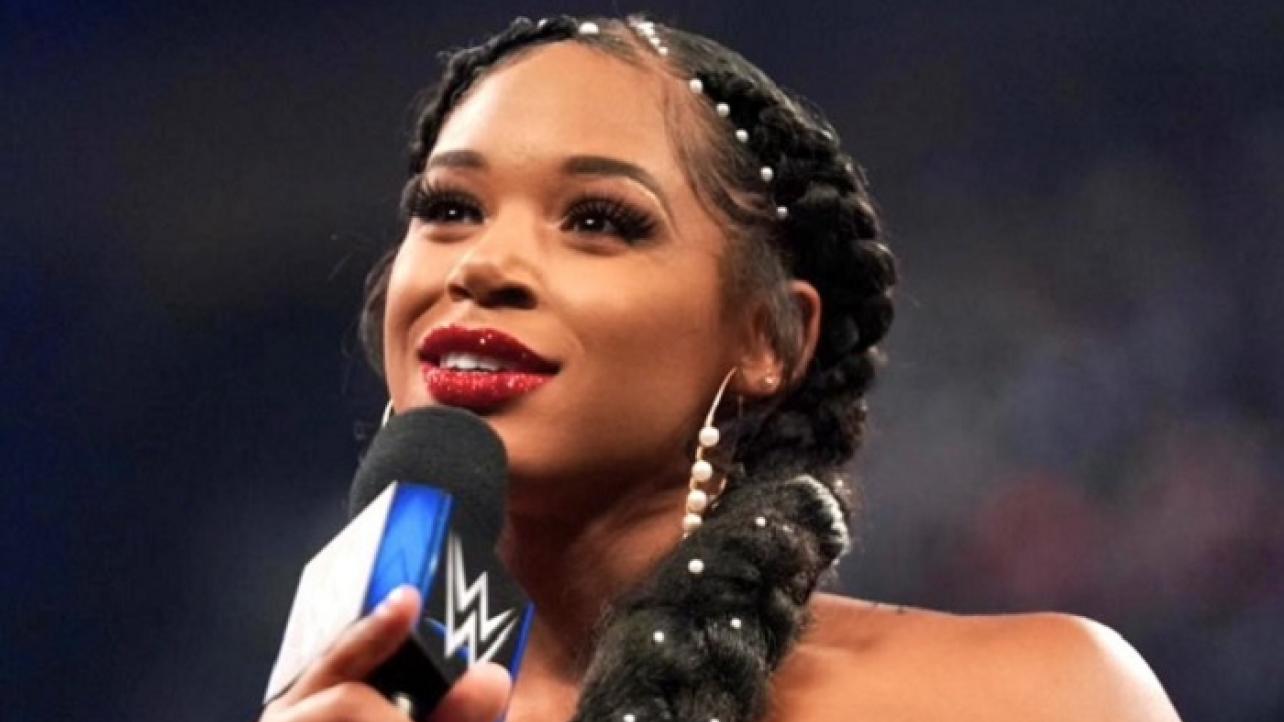 Bianca Belair recently spoke with Inside The Ropes for an in-depth interview covering all things pro wrestling.

During the interview, the SmackDown Superstar spoke about finding out about the Becky Lynch plans for SummerSlam and more.

Calls SummerSlam a whirlwind: “I would say SummerSlam for me was a complete whirlwind. Actually, my whole entire title reign a little bit has been a whirlwind. It’s been a lot of things happening along the way. It’s just like so misfortunate, you know, with Bayley getting injured. And I want to face Bayley so bad in that I Quit match and then having to recover off of that and then face Carmella. And then to SummerSlam with Sasha not being able to compete and once again, Carmella stepping in the spot, which I have to give a shout out to Carmella because she’s kind of been the person that’s with me. She’s been the glue to hold this thing together. Then all of a sudden now Becky Lynch coming out at SummerSlam. The whole entire day, it was a whirlwind, completely out of left field, not expecting it, and for all to just kind of crash and burn in twenty-six seconds was really tough. I feel like my title match that I want a do over. Like I said, I feel like it’s just been a compilation of a bunch of misfortunate things happening.”

Says that despite the quick loss she will work hard to keep her spot on the card: “But for me, I think I’ve been able to come out on top of it all by just recovering so quickly. And I think my journey, everything has been coming so quickly and I’ve just been capitalising off of it and rising to the occasion and continue to build my reputation as someone who is always dependable and shows up and shows out and puts on a great show and performs and you know, I have a reputation being great at what I do. But I think coming out of this, most people would see me getting beat in twenty-six seconds [and think] ‘oh no, it’s the end of her.’ But I think it’s kind of showing how much the fans are behind me, how much I really am the EST. I’m not going to give up and whenever I see an occasion keep going. So I think it’s a great story. Great feud with Becky and you know when and if – I will say when I get my title back – it’s going to be an even bigger moment for me.”