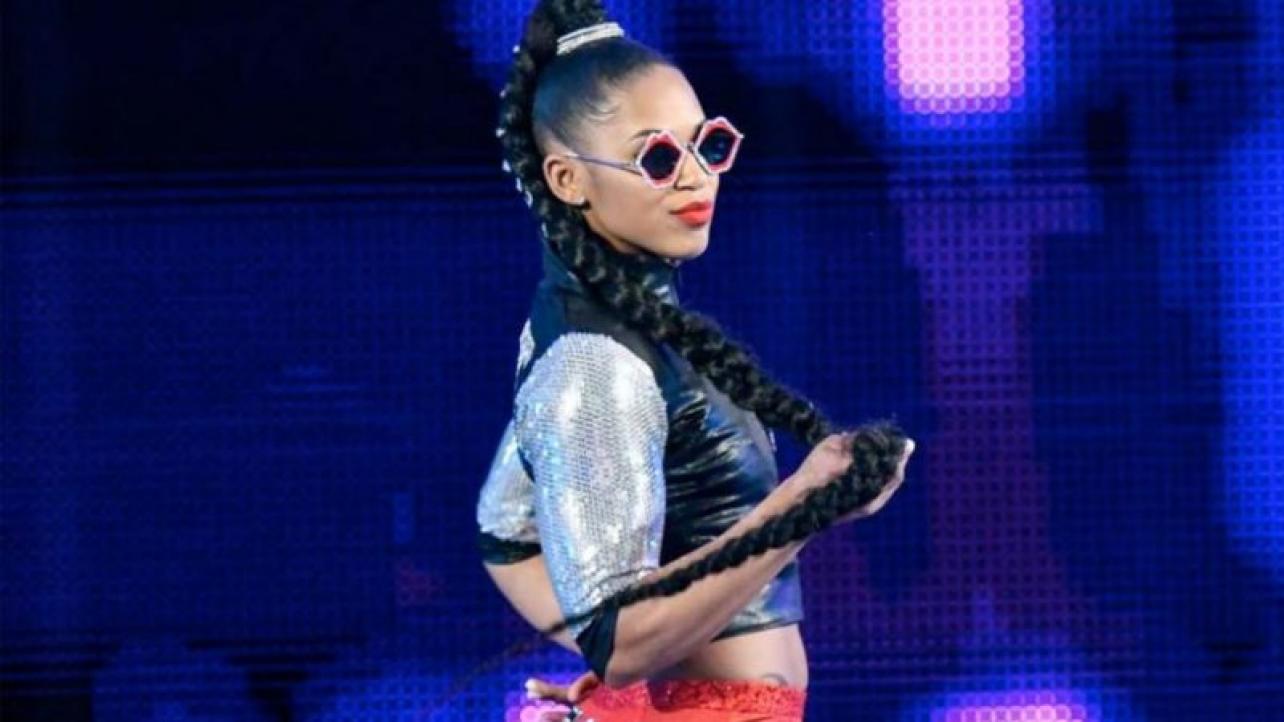 WWE superstar, and this year’s Royal Rumble winner Bianca Belair was the latest guest on the The Female Quotient’s ‘Equality Longue’ panel. During her time on the panel, Belair discussed her relationship with former SmackDown Women’s Champion Naomi. “The EST” calls the Glow Queen a massive motivator, and someone who mentored her when she first joined the main roster. Full highlights are below.

Says it was inspiring to see Naomi before at a live event:

“As an adult, before I got into WWE, I went to my very first live event, wrestling live event. I remember seeing Naomi and I saw myself being a wrestler because I saw myself in her and it was just inspiring and it was motivating to me but also, when people call women leaders, a lot of times it’s because of what they represent or what they accomplish. But for me, Naomi’s a leader to me too. Not just because of what she did for me before I met her but what she did for me when I actually met her and experienced her and interacted with her”.

How Naomi embraced and mentored her:

“Sometimes, women, we — because there’s not a lot of opportunities for us, we tend to fight each other for the opportunity. When I came in, she embraced me, she took me under her wing, she wanted me to succeed just as much as she wanted to succeed and that was empowering for me. It wasn’t this feeling of competition. ‘You’re just my competition’ and that’s it. We were each other’s competition but she still embraced me and to me, that’s how she showed leadership to me and she taught me how to also embrace other women that came into the business after me as well”.