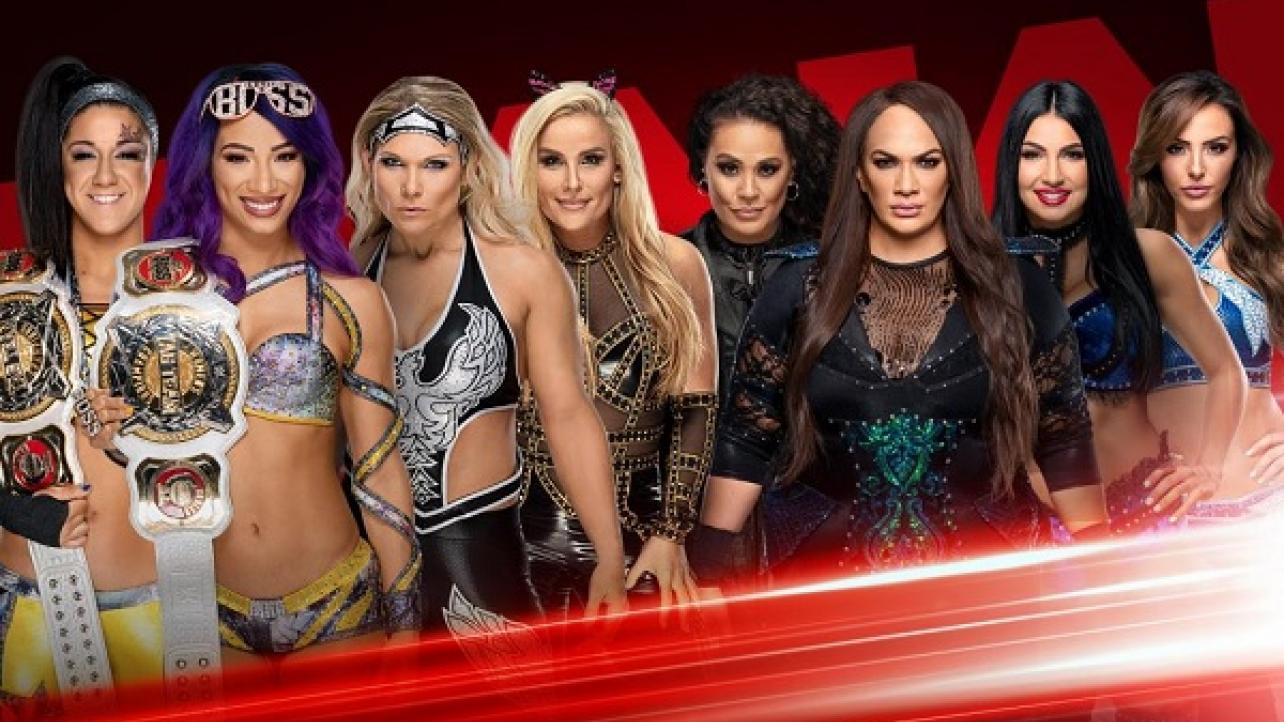 WWE has announced a big match for the WrestleMania 35 “go-home” edition of RAW this coming Monday night.

Ready to battle any and all challengers, The Boss ‘N’ Hug Connection are set to defend the Women’s Tag Team Titles against Beth Phoenix & Natalya, Nia Jax & Tamina and The IIconics at WrestleMania.

However, with less than a week before The Show of Shows, Bayley & Sasha Banks will team up with the newly reformed “Divas of Doom” to battle the combined forces of “The Samoan Slaughterhouse” and The IIconics in an Eight-Woman Tag Team Match. Can each respective pair of duos coexist to sway momentum in their favor, or will the impending WreslteMania showdown force the battle into a state of chaos? Find out when Beth Phoenix wrestles her first match on Raw in over six years this Monday night!

Make sure to join us here at eWrestling.com this coming Monday night for live play-by-play results coverage of the WrestleMania 35 “go-home” edition of RAW!