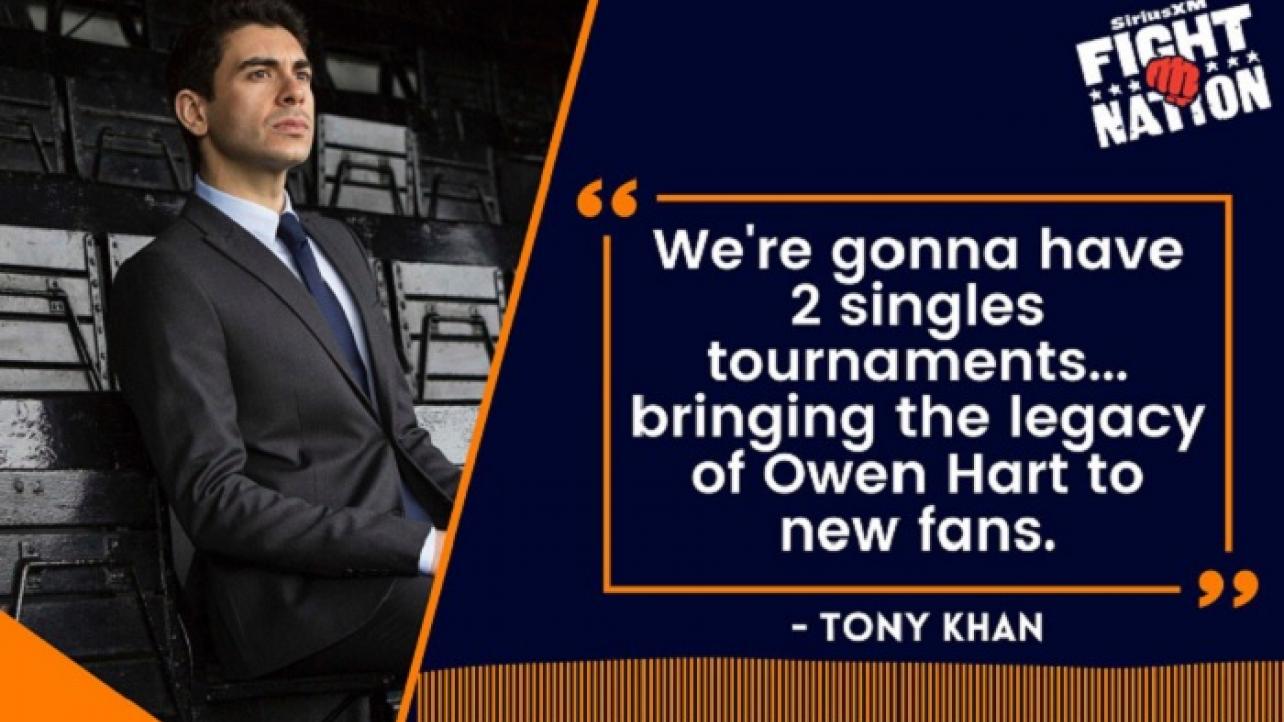 Some new information has surfaced regarding the new annual Owen Hart Cup tournament that AEW will be introducing in the New Year.

Tony Khan appeared as a guest on Busted Open Radio on Friday morning for an in-depth interview promoting tonight’s edition of AEW Rampage, as well as the upcoming AEW Holiday Bash special events next Wednesday and Friday evening.

Additionally, the boss-man of All Elite Wrestling also announced that “the when and where” for the start of the men’s and women’s Owen Hart Cup tournament will be revealed during tonight’s AEW Rampage broadcast on TNT.

Check out audio highlights of Tony Khan’s appearance on today’s episode of Busted Open Radio where he makes the announcements regarding the first annual Owen Hart Cup tournament via the tweets embedded below courtesy of the official AEW and Busted Open Radio Twitter accounts.

Make sure to join us here at eWrestling.com tonight for live AEW Rampage results coverage from Garland, TX!

#AEW GM @TonyKhan talked exclusively to @BustedOpenRadio about the #OwenHart Cup and TONIGHT on #AEWRampage the When & Where will be revealed. Tune in TONIGHT at 10/9c on @tntdrama https://t.co/fCjvO5vksa

Per @TonyKhan on ‘Tony Time’…