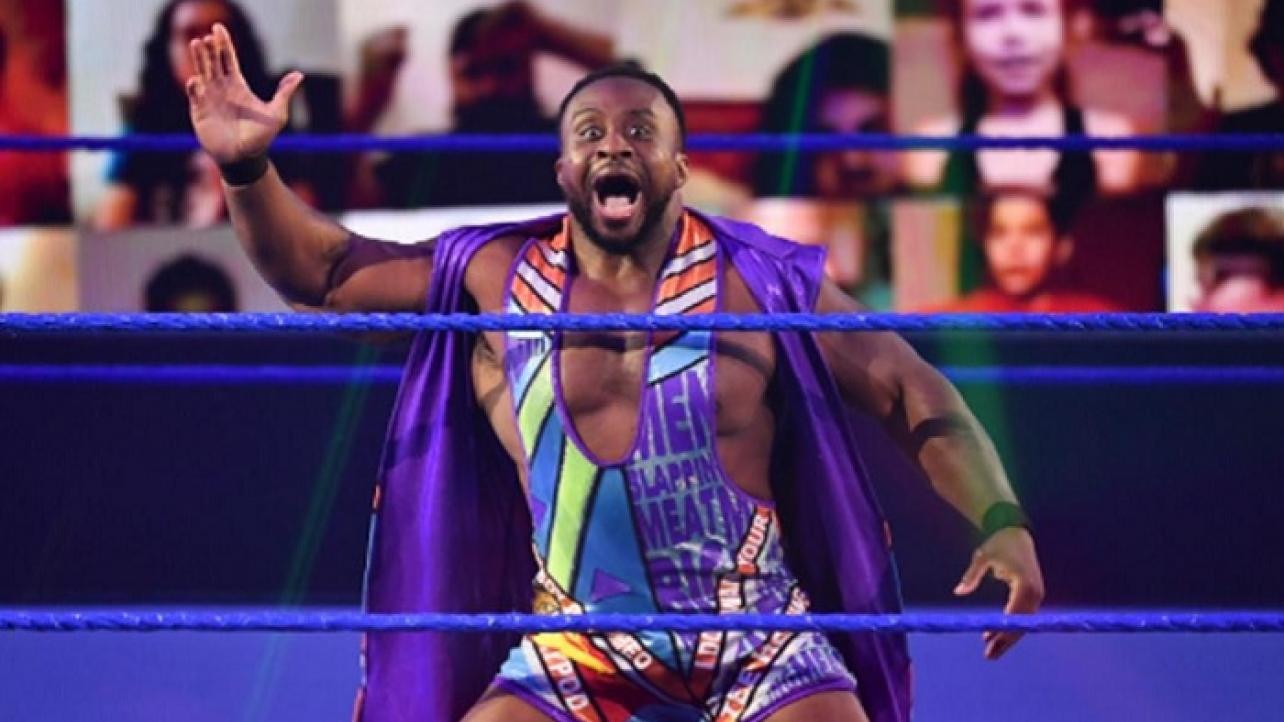 Big E. On How Much Longer He Sees Himself Wrestling, Good Time For Black People In The Business

Big E. recently spoke with the Atlanta Journal-Constitution for an in-depth interview to promote the upcoming inaugural WWE Day 1 pay-per-view, where he is scheduled to defend the WWE Championship in a Fatal-4-Way match that also features Kevin Owens, Seth Rollins and Bobby Lashley.

During the discussion, the WWE Champion spoke about it being a great time for black men and women in the pro wrestling business, how he was able to find the successful balance between intensity and lightheartedness, as well as how much longer he thinks he will continue to wrestle.

On how right now it is a great time for black men and women in the wrestling industry: “I think right now it’s just a great time for Black men and women in our industry. We’re in a boom period because there is so much talent who are very good and happen to be Black whether it’s Bianca Belair, Sasha Banks or Bobby Lashley, who I won the title from. A couple of years ago, it was Kofi Kingston, my partner of seven years with New Day. They’re all richly deserving from what I’ve seen. When you talk about inclusion or diversity, I think it’s important you’re not just putting people of color in these positions merely because they’re a person of color. When you look at Bianca, Sasha and Bobby, they’re all talented and unique and they just so happen to be Black.”

On how he was able to be successful and finding the balance between lightheartedness and intensity: “For me, I’m 5′11′’. There are wrestlers who are taller and bigger than me. I try to blend humor and lightheartedness with this intensity. I think any well-rounded character in TV and movies, you want to see more than one note. If I was always serious or always angry, that’d be boring. I’ve tried to find that balance of entertaining people while also knowing when to be serious. That’s enabled me to separate myself from a lot of my peers.”

On how much longer he thinks he will wrestle: “This is not a job you can do into your 70s. I guess you can but I won’t be doing it in my 70s. I think it’s a matter of seeing how I feel. I want to see in a couple of years how my body feels and where I’m at in my life. The thing is we have a ton of guys who are married with kids. I am not one of them. Being WWE champion requires you to be gone a lot. The entire month of November, I had just three off days. Wrestling is a small part of the job. There are so many other facets be it interviews or appearances. Right now I’m single and I’m hustling.”

Check out the complete interview at AJC.com.

Big E. On How Much Longer He Sees Himself Wrestling, Good Time For Black People In The Business