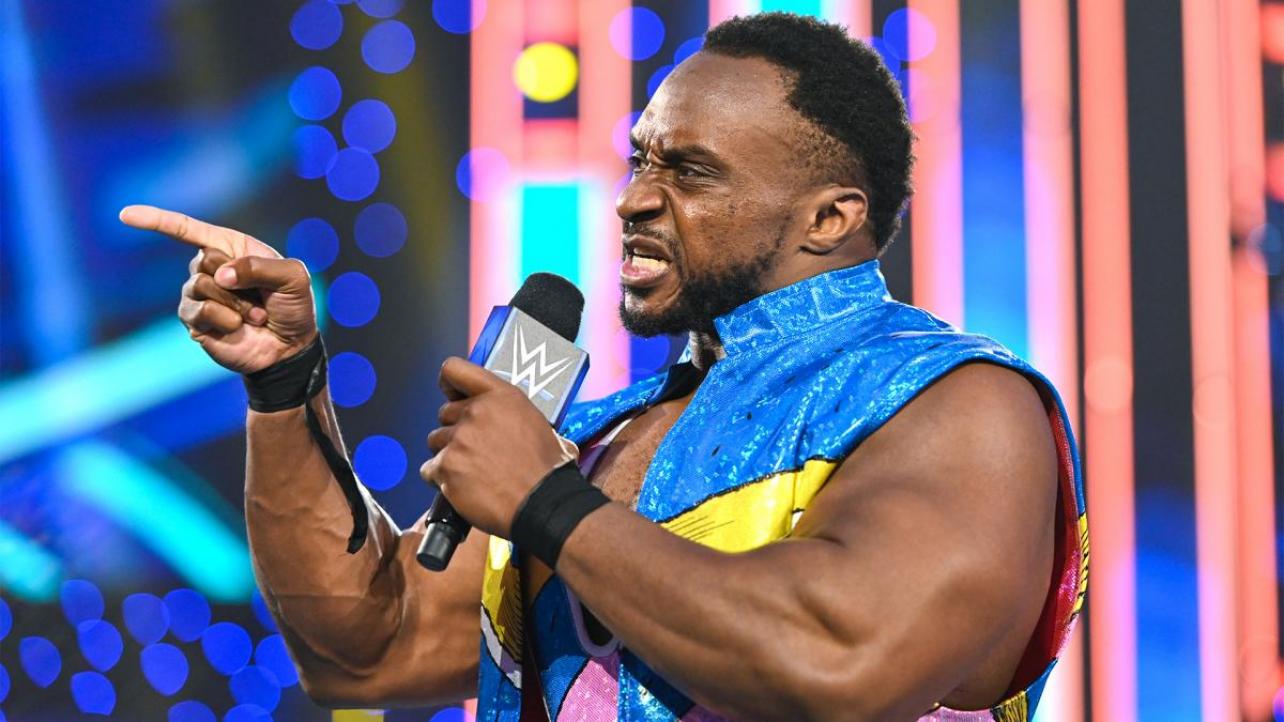 Big E On The Origin Of His Apron Spear, Using The Uranage

During the most recent edition of the New Day’s Feel The Power podcast, Big E. discussed the origin of a few of the moves in his bag of tricks. The former Intercontinental Champion mentioned his spear on the apron, as well as a maneuver he “stole from Samoa Joe.” Check out his comments below.

On who the WWE Universe can “blame” for his spear on the apron:

“The apron spear came from Fit Finlay. I always hated when people would hit the post on the spear in the corner. When do people ever hit that? I thought, ‘I’ll be the guy who actually does hit a running shoulder attack in the corner. Fit is like, ‘Why don’t you just do that while your opponent is on the apron?’ I was like, ‘What?’ At the time, I didn’t have much stuff in my offense, so I figured I’d give it a shot. All you people complaining about me almost killing myself, blame Fit Finlay.”

On the move he stole from a former NXT and United States Champion:

“The uranage, I just stole from Samoa Joe. Straight up. I felt bad once he got signed and he was using it. I was like, ‘Out of respect, maybe I should stop using it,’ but he never gave me any flack. Joe was always cool about it. Once, I tweeted him ‘Sorry, Uce’ and that was my way of saying, ‘Sorry, but I’m still gonna keep using it.’ It’s a great move. Joe is a stand-up dude, I feel like he would’ve said something. Joey Mercury is the one who suggested I use it. Sue him, not me. I’m not saying I never thought Joe would get to WWE, but the thought then was…you could just take moves from guys on the Indies. Right now, if you have a real name on the Indies and you want to get to WWE, you’ll probably get to WWE. In 2009, it was a mark against you to have a name on the Indies or have success elsewhere. He was a guy where, I wasn’t worried about him coming to WWE and me having to stop doing the move. It was a different time. There’s this gray area about wanting to take a guy’s moves. You definitely don’t do it if a guy is already in the company if it’s a finisher or signature move. It felt like a free-for-all with guys on the Indies where you just take what you wanted.”

Big E On The Origin Of His Apron Spear, Using The Uranage