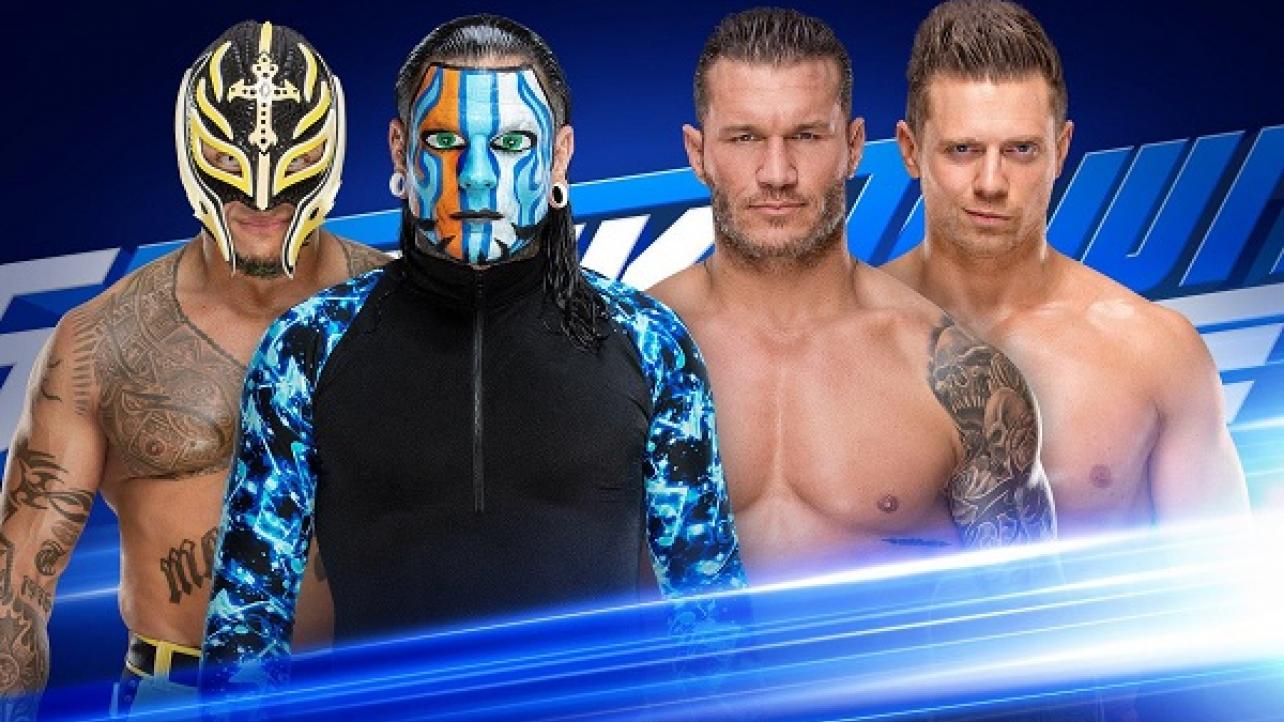 In addition to the previously announced two matches and segment for tonight’s episode of WWE SmackDown Live, another big match was revealed for tonight just hours before the show was scheduled to kick off from Atlanta, Georgia.

Now confirmed for tonight’s show, which is the “go-home” episode for Friday’s WWE Crown Jewel pay-per-view in Saudi Arabia, is a big tag-team contest featuring participants in the scheduled “World Cup” tournament that will go down at the aforementioned PPV later this week.

WWE announced that Jeff Hardy and Rey Mysterio will team up to take on the duo of Randy Orton and The Miz. All four Superstars represent the blue brand side of the bracket for the World Cup tournament. Participating from the RAW brand on the opposite bracket for the same tournament will be Seth Rollins, Bobby Lashley, Kurt Angle and Dolph Ziggler.