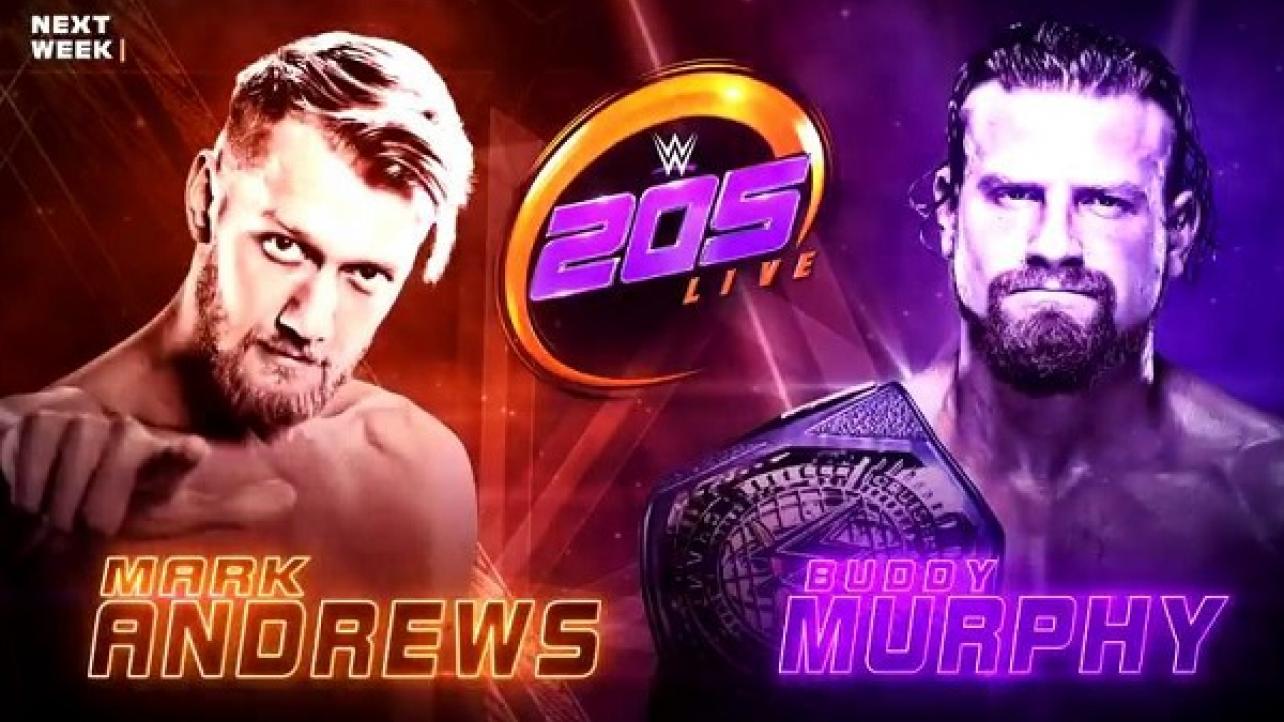 With next week’s 205 Live taking place from Manchester, England, there will be some involvement from the WWE United Kingdom division.

It was announced on Wednesday night’s Halloween-edition of 205 Live that WWE Cruiserweight Champion Buddy Murphy will facing off against Mark Andrews in a non-title match on next week’s show.

The man who will get the next crack at Murphy’s title was also determined, as Mustafa Ali defeated Tony Nese in a number one contender’s match. When Ali will get his title shot against Murphy has yet to be officially announced.