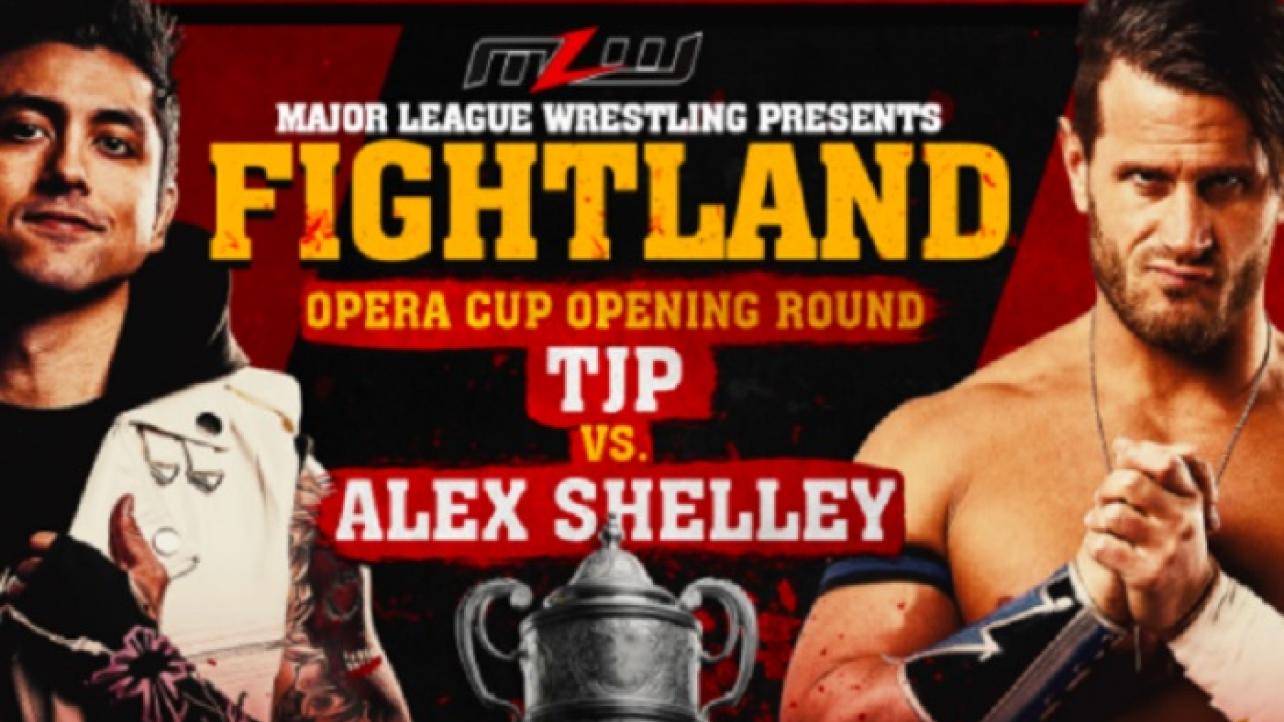 The announcements keep coming for the upcoming MLW Fightland show.

Announced this week for the show at 2300 Arena in Philadelphia, Pennsylvania on October 2 is TJP vs. Alex Shelley in an opening round match in the 2021 Opera Cup Tournament.

Check out the complete announcement sent out by Major League Wrestling via the press release featured below.

Major League Wrestling (MLW®) today announced TJP vs. Alex Shelley in an Opera Cup opening round bout for MLW Fightland on Saturday, Oct. 2 at the 2300 Arena in Philadelphia and airing nationally on a later date.

The fighting artist Alex Shelley looks to showcase his exceptional technical talents when he meets TJP in the opening round of the Opera Cup.

TJP, coming off of a classic clash with Davey Richards on this week’s FUSION, looks to stain Shelley’s MLW debut by eliminating from the Opera Cup tournament.

Will TJP spoil Shelley’s debut? Or will Shelley silence the outspoken TJP and put himself on a fast track to the top in MLW?

Find out at FIGHTLAND on October 2nd in Philadelphia.

Tickets start at $20 at MLW2300.com. Tickets will also be available day of show at the box office unless the event sales out in advance.