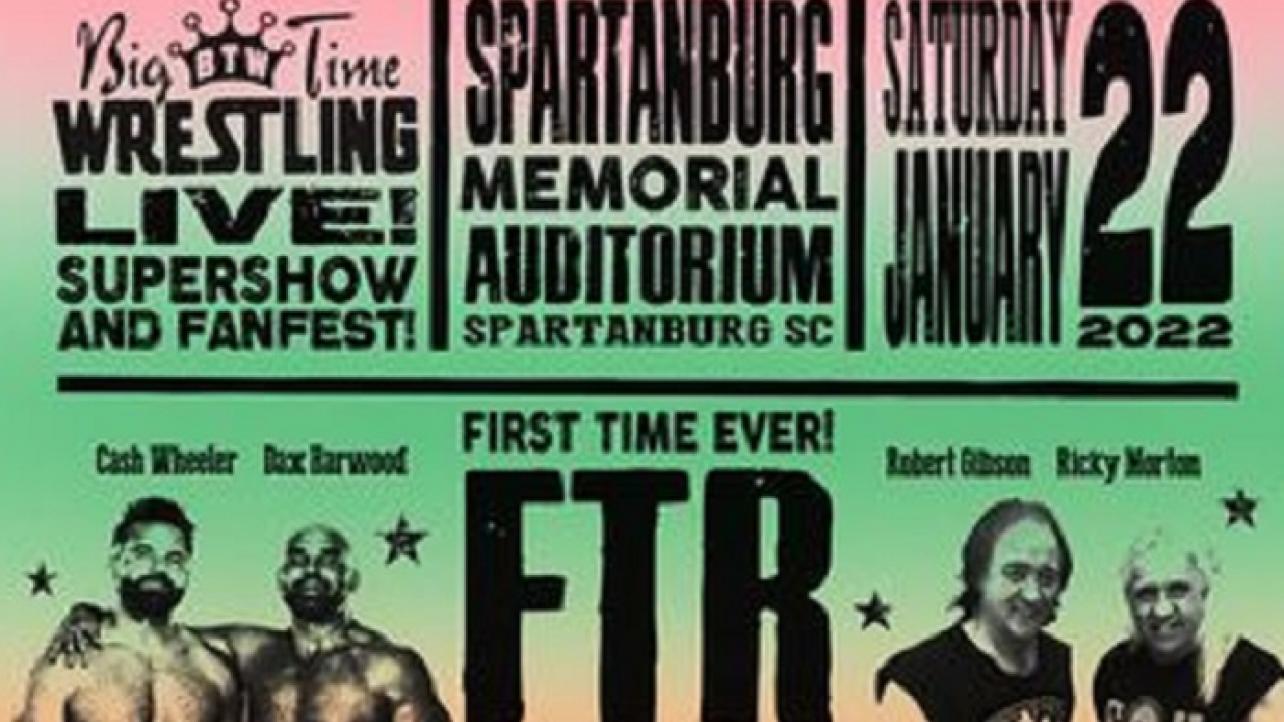 A dream tag-team match has been announced for the Big Time Wrestling event this coming January.

It was announced this week that AEW tag-team FTR (Cash Wheeler & Dax Harwood) will be squaring off against the legendary Rock ‘N’ Roll Express (Ricky Morton & Robert Gibson) tag-team at the Big Time Wrestling show scheduled for January 22, 2022 at The Spartanburg Memorial Auditorium in South Carolina.

Featured below is the official announcement.

Big Time Wrestling returns with a Supercard to The Spartanburg Memorial Auditorium on Saturday, January 22, 2022.

The fans have demanded it, FTR has demanded it! BTW brings it, for the first time ever, FTR faces the legendary Rock’n’Roll Express to determine who can truly claim tag team supremacy. Plus it’s Winner Take All when Jerry “The King” Lawler puts his crown on the line against George South’s disgusting jacket. BIG Money Matt Hardy returns to Spartanburg to battle CW Anderson. Scotty 2 Hotty returns to the ring after a 5 year absence and Brock Anderson makes his BTW debut accompanied by his father The Enforcer Arn Anderson to take on LODI of Raven’s Flock! Plus The Total Package Lex Luger, NWA Legend Magnum TA and all the stars of Big Time Wrestling.

Check out the official announcement embedded below courtesy of the official Big Time Wrestling Facebook page.